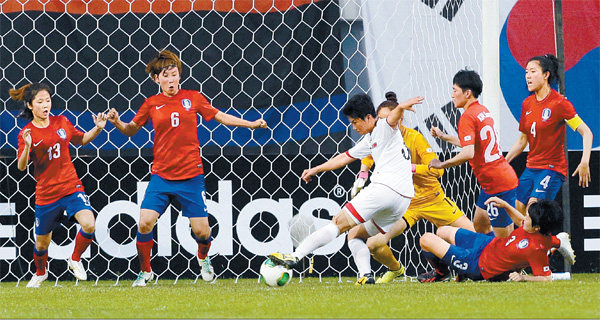 North Korea’s Ho Un-byol, third from left, scores her team’s first goal against South Korea during the Women’s East Asian Cup match last night at Seoul World Cup Stadium. After falling behind to the South 26 minutes into the match on Kim Soo-yun’s goal, Ho leveled the score in the 37th minute and she scored the game-winner less than two minutes later. It is the first time North Korea’s women’s team visited Seoul since playing in the second edition of the East Asian Cup in 2005. [AP/NEWSIS]