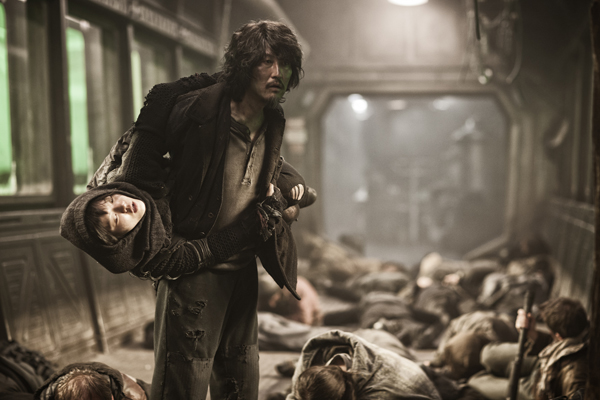 Bong Joon-ho, one of Korea’s most-lauded directors, may have spent nine years and 45 billion won ($40 million) creating his latest epic, “Snowpiercer.” He may have even based the film on a comic book. But to Bong, “Snowpiercer” isn’t some noisy spectacle, it’s still a personal film.

“I didn’t set out to film an international blockbuster,” Bong said yesterday at the movie’s premiere. “I just wanted to direct a movie about a novel that I liked.”

Bong discovered the French graphic novel “Transperceneige” by Jacques Lob and Jean-Marc Rochette, at a bookstore in the Hongdae neighborhood in western Seoul nine years ago, and immediately read the whole story cover-to-cover. He wanted to turn it into a film, but first he would make “The Host” (2006) - the metaphorical monster tale that is the only Korean film ever to top 13 million admissions - and “Mother” (2009) - a small, but successful and highly regarded movie. At last, he was able to tackle “Snowpiercer.”

The graphic novel depicts a post-apocalyptic world frozen over in a global-warming experiment gone wrong; the only survivors, a few thousand very class-conscious people riding a train on a massive loop across the continents. 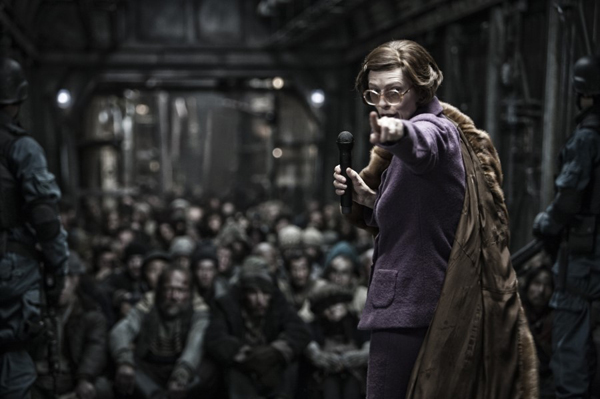 After creating some of Korea’s biggest movies of the past decade, Bong was able to sign up some big talent - not only Korea’s Song Kang-ho and Ko A-sung (both of whom starred in “The Host”), but also Hollywood actors like Chris Evans, Tilda Swinton, Ed Harris and John Hurt.

At the movie’s premiere screening in Korea yesterday, Bong, Song and Ko met with a huge throng of journalists to talk about their latest collaboration.

“It’s a massive, dynamic time capsule, I wanted to depict that,” said Bong.

Despite boasting an international cast with much of the story filmed in English, the movie is still “a human drama about the struggle between the weak and the strong,” said Bong. “It’s a universal message and in some ways it’s still very Korean.” 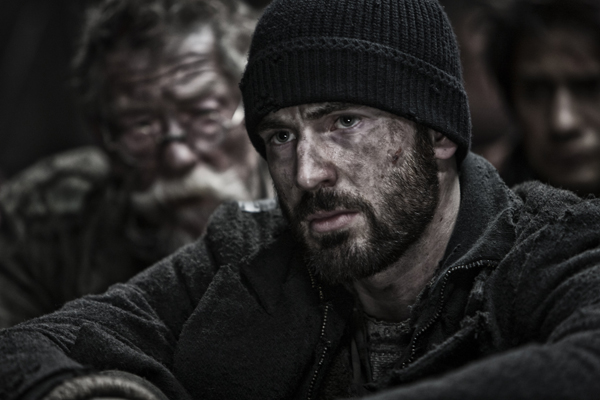 In this film, Song plays Namgoong Minsoo, a security specialist who holds the key to a revolt against the upper-class oppressors who run the train. “My previous characters in Bong’s movies, though a little idiotic, they were still relatable,” said Song, “but Namgoong Minsoo is not like that.”

Ko plays Song’s daughter again, as she did in “The Host.” She said that she had to use her imagination to dream up what it must be like to have been born and raised on that surreal train, racing through the deadly cold.

“Train babies never saw the outside world, so they have a very different way of behaving,” said Ko.

Although Bong said he didn’t want to generalize, he did say there were noticeable differences between the Hollywood set and the rest.

“Hollywood actors are more likely to give their best, then retire to their trailers,” said Bong, adding that Swinton was “like a Korean actor” because she would watch what the others were doing even when she wasn’t filming.

Despite being one of the most expensive movies ever in Korea, Bong never really felt like his budget really was “that big.” 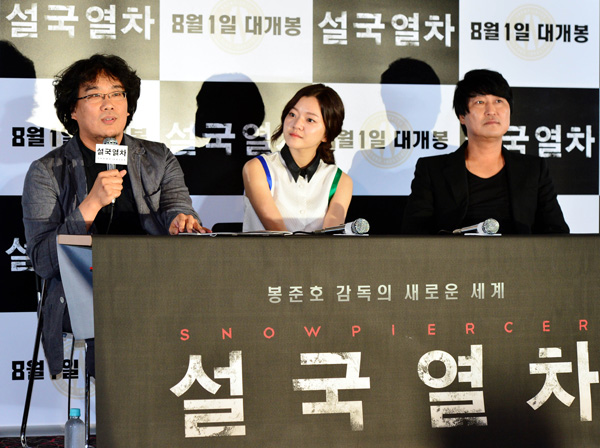 “I had 40 billion won, but I’d be thinking, ‘If only I had another 4 billion,’ which is ridiculous because you can shoot a film for that amount,” he said.

On the other hand, $40 million is nothing in Hollywood these days.

“Here we are, thinking it’s a big sum, meanwhile Chris Evans would be on an American TV show, talking about this project, saying, ‘I’m working on this small-scale film.’?”

But the numbers aside, Bong said he was pleased to have a chance to present a movie to more people than ever. While several of his films have had international releases, they were usually just to art house theaters. “Snowpiercer,” however, has been sold to 167 nations, and is being represented by The Weinstein Co. With Variety calling it “an enormously ambitious, visually stunning and richly satisfying futuristic epic,” this could be Bong’s big moment.