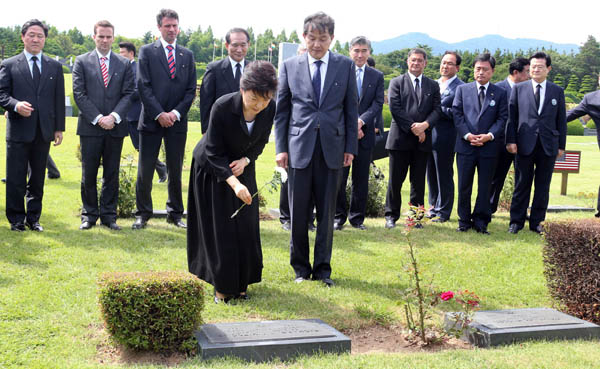 In memoriam - President Park Geun-hye lays a chrysanthemum on the grave of Gen. Richard S. Whitcomb of the U.S. Army yesterday at the UN Memorial Cemetery in Busan, five days before the 60th anniversary of the signing of the armistice that ended the 1950-53 Korean War. Standing behind her are ambassadors of countries that fought alongside South Korea with the UN Coalition Forces. The deceased general is widely respected for his efforts to help orphans who lost their parents during the war in the coastal city. Whitcomb wished to be buried in Korea and was laid to rest in Busan in 1982.