Korean women and the ongoing struggle for equality

Korean women and the ongoing struggle for equality 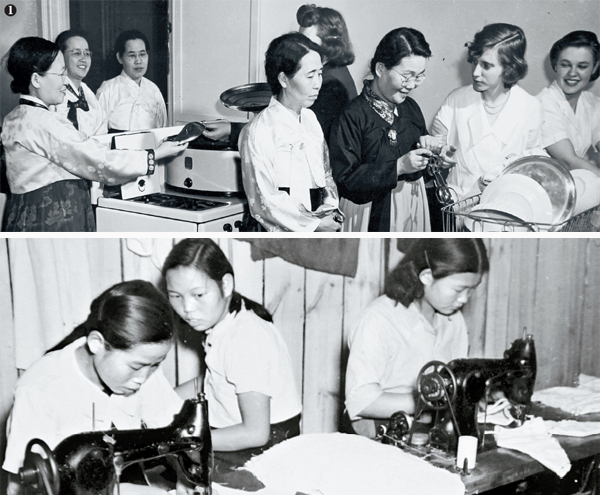 1) As part of a tour to the United States, a group of Korean teachers help with the dish washing in a home economics class during a visit to the University of Maryland. March 10, 1949. 2) Girls sew nomuwha canvas footwear at the Tong Wha Rubber Factory in Seoul, Korea. Aug. 29, 1948.

Korea has a long way to go when it comes to gender equality, but the nation has still made great strides since the end of the Korean War in 1953. Over the course of a few decades, a wide range of new career paths have been carved for women in this heavily patriarchal society, and women contributed greatly in helping Korea rise from the ruins of war to become the world’s 15th largest economy.

In the hard years of the early 20th century, when the country suffered under Japanese colonial rule and endured the bloody three-year civil war, women were largely limited to working as full-time housewives. Education was almost entirely devoted to how to properly perform household duties.

In 1948, Korean women were allowed to vote for the first time in the general elections. Given that French women were granted the right to vote in 1944, Korea wasn’t far behind. But it would be many years until women began entering the professional arena here.

When they did have jobs, women were largely confined to working on factory lines or as bus ticket conductors, telephone operators or in other low-skill trades. 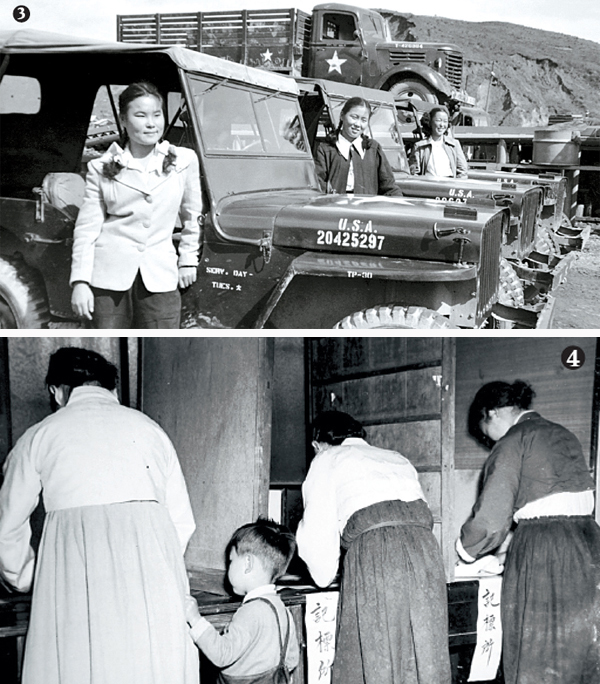 In the textile industry, female workers spent day and night bent over sewing machines and were one of the main driving forces behind the country’s export-driven economic growth.

As Korea has risen economically, there have been moves to level out gender inequality in social sectors such as the job market.

In the mid-20th century, some of the most talked-about women were the nation’s first ladies. Francesca Donner, the Austrian wife of inaugural President Rhee Syngman, appeared frequently wearing a traditional Korean hanbok at public events.

Yuk Young-soo, the first lady of President Park Chung Hee and mother of current President Park Geun-hye, was killed by a Japan-born, pro-Pyongyang Korean during the Aug. 15 independence ceremony in 1974. She remains an iconic figure and is close to the hearts of many Koreans for her efforts to care for the needy in a country reeling from poverty.

Entering the 1990s, it became natural for women to seek careers after graduating from college. Many issues still exist moving forward, as the gender gap remains broad in the country, but women are becoming a more and more vital part of the nation’s vibrant economy.