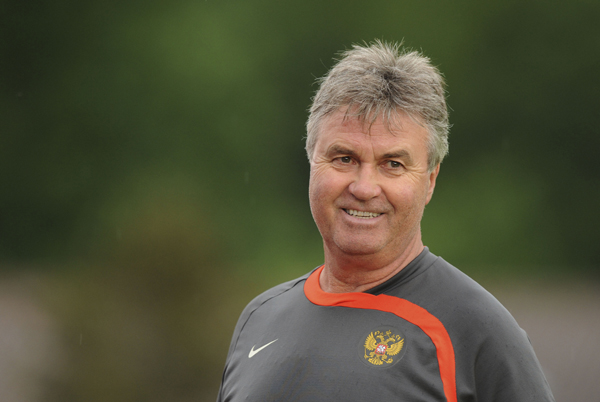 Guus Hiddink has resigned as manager of Anzhi Makhachkala, the Russian football club said on Monday.

Hiddink, whose career has included spells in charge of the Dutch, Korean and Russian national teams and periods at PSV Eindhoven, Chelsea and Real Madrid, joined Anzhi in 2012 and is leaving just two games into the season after a defeat by Dynamo Moscow.

“I always said my tenure at Anzhi could end when the club was able to develop and grow by itself without my involvement,” Hiddink said in a statement on the club’s Web site. “Now the time has come. I am convinced that the club has a great future.”

The club from the volatile North Caucasus region, bankrolled by billionaire owner Suleiman Kerimov, has taken only one point from their opening two league games of the season.

Anzhi, who finished third in the Russian Premier League last term, reached last season’s Russian Cup final where they were beaten on penalties by CSKA Moscow.

Hiddink has been one of a number of names linked with Spanish champions Barcelona, who are looking for a new coach after Tito Vilanova stepped down last week as he continues treatment for throat cancer.