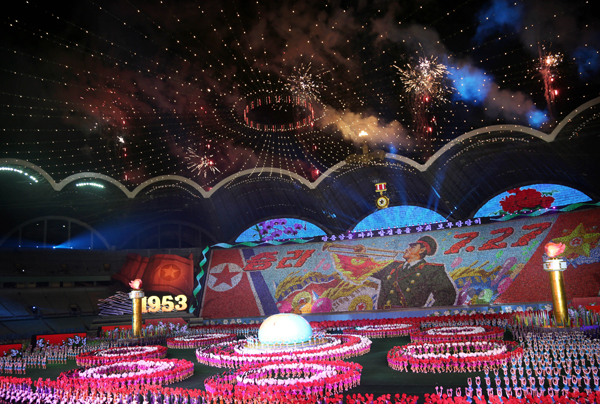 North Korean performers gather for the finale of their Arirang mass games on Monday in Pyongyang. This year’s performance was timed to debut on the 60th anniversary on Saturday of the end of the 1950-53 Korean War and features new scenes focusing on leader Kim Jong-un. [AP/NEWSIS]