Koreans feeling at home in Europe

Koreans feeling at home in Europe 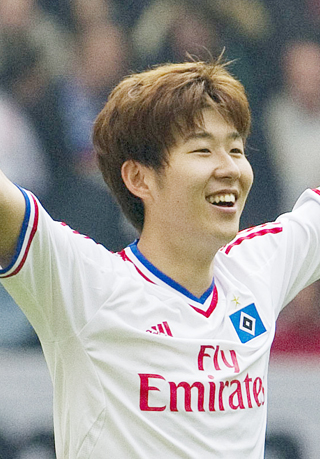 Bundesliga “sonsation” Son Heung-min has been adapting well to his new club, Leverkusen.

Son scored a goal in a buildup match against Belgian second-tier side KAS Eupen at home on Tuesday, extending his pre-season goal streak to three games. Leverkusen, however, allowed two goals early in the second half and lost, 2-1. Son, who celebrated his 21st birthday by joining the team on July 8, is waiting to enter his fourth year in Bundesliga under pressure.

After scoring 12 goals for Hamburg last season, Son signed a five-year contract with Leverkusen reportedly worth 10 million euros ($13.2 million), a record-high transfer fee for the club. But, his thirst for goals remained and he scored in his debut game against second-tier team 1860 Munich on July 13. He scored again in the next game, leading Leverkusen’s 3-0 rout of Italy’s Serie-A club Udinese Calcio on July 17.

Another Bundesliga Korean, Koo Ja-cheol, scored his first pre-season goal for VfL Wolfsburg. He scored in the seventh minute against SCR Altach, a second-tier Austrian league side, in Switzerland, Tuesday. He returned to his old side, Wolfsburg, ending his two-year stint on loan with Augsburg, during which he contributed to Augsburg’s survival in top flight. With Augsburg, Koo scored four goals in the 2011-12 season and three goals in the 2012-13 season.

Ji Dong-won, who was a loan star at Augsburg, is likely to stay with Sunderland, according to a local media report.

Ji, who made an impressive showing with Augsburg with five goals last season, was known to be considering playing with a Bundesliga team, instead of returning to the Premier League club, where he struggled to find a spot. But, Hartlepool Mail reported Tuesday that the 22-year-old Korean “is understood to have impressed [Sunderland manager Paolo] Di Canio on the training ground since Sunderland returned to work three weeks ago” and is “in line for a second chance at the Stadium of Light.”

Ji was held out of Sunderland’s pre-season trip to Hong Kong due to an injury.

Ki Sung-yueng of Swansea City recorded an assist against Exeter City in a pre-season buildup on Monday, helping the Premier League club’s 2-0 victory. Ki has scored one goal and two assists in six pre-season games.

Park Chu-young, who returned from a mediocre loan spell with Celta Vigo in Spain, will likely leave Arsenal as a free agent this year, according to a source familiar with European football.