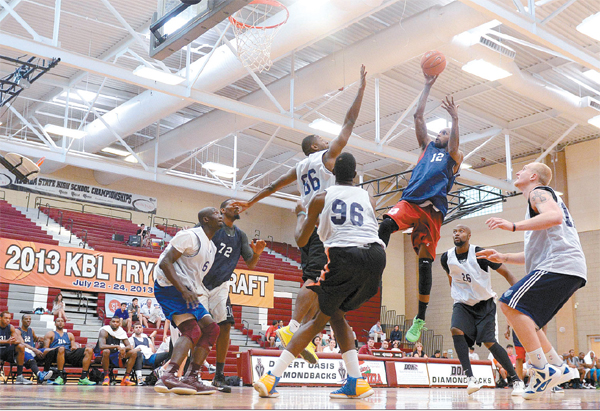 The Korean Basketball League held its pre-draft tryouts for foreign players in Las Vegas on Tuesday in U.S. time. Of the 110 players who took part, 24 have Korean league experience. Those who are picked in Thursday’s draft will play in the 2013-14 KBL season, which begins in October. [Joint Press Corps]