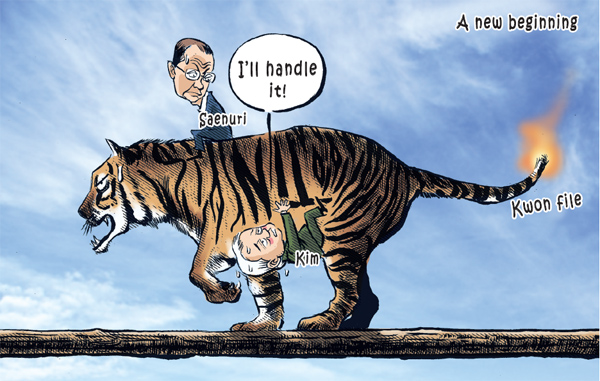 As Democratic Party Chairman Kim Han-gill said the government should get back to work, a DP lawmaker alleged that the Lee Myung-bak administration tampered with the 2007 inter-Korean summit transcript. The revelation was found in remarks from Kwon Young-se, who was President Park Geun-hye’s campaign manager.