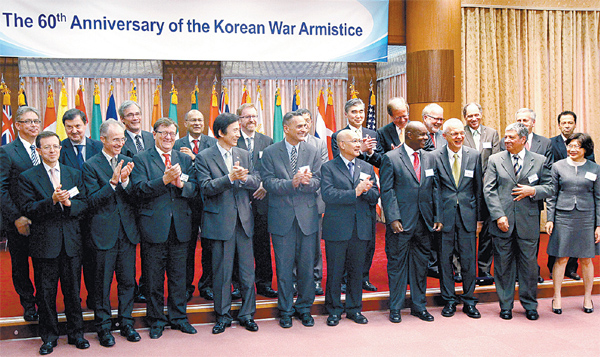 The Ministry of Foreign Affairs handed out appreciation plaques to the ambassadors of 21 countries yesterday at the ministry complex in central Seoul. Sixteen of the nations committed troops to the 1950-53 Korean War and five assisted with medical care. The ministry held the event for the first time to mark the 60th anniversary of the war’s armistice, which falls on July 27. The 21 countries include the United States, Canada, Turkey, Australia and others.By Oh Jong-taek