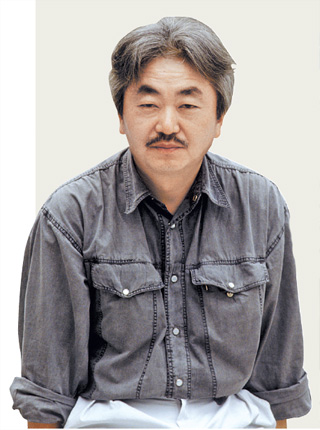 “Revenge,” a novel by Anatoli Kim, a Russian writer of Korean descent, is turning into a movie, a cinematic collaboration between the two nations.

Kim’s book, about a Korean man in the 1930s who restarts his life in Sakhalin, Russia, will be shot on location in Sakhalin and Korea in 2014, with plans to unveil it at film festivals by 2015.

The producer on the Korean side is SCS Entertainment, while the Moscow International Film Festival’s business arm, which works to promote alliances between Russia and other countries, including Korea, is responsible for the other half of the project. Last month the film was picked at the business forum of the film event.

While Kim will play an active role as the writer, director Pavel Chukhray will see the project through. Chukhray is well known in his home country, being the son of the famous director Grigory Chukhray. Pavel Chukhray is remembered for winning at the 1997 Academy Awards for Best Foreign Language Film for “The Thief.”

Kim was born in Kazakhstan in 1939 and graduated from the Maxim Gorky Literary Institute. Beginning with his short story “Watercolor” in 1973, Kim has published more than 100 works, ranging from lyrical novels to fantasy works.

His most famous work is “Belka” (translated into “squirrel”), published in 1982, about four artists who are turned into four animals. It is considered a depiction of the sinister inner-workings of a man and the art sphere of Russia at the time. The book was quite controversial, and the chairperson of a Russian writers’ guild collapsed whilst protesting against the work, which in turn made Kim and his story more famous.

“Belka” went on to win the Tolstoy Award in 2005. In 1997, Kim was also asked to be the guest editor of the literary art journal “Yasnaya Polyana.”

Kim professes to be of the Gangneung Kim clan and a descendant of scholar Kim Si-seub from the 15th century.

When he was lecturing on Russian literature in Korea from 1991 to 1996, Kim delved deeper into his lineage and claimed he was also related to poet and novelist Lee Sang (real name Kim Hae-kyung).

As well as having his works published in Korean, Kim worked with Kim Hyun-taek from Hankuk University of Foreign Studies to translate the Korean classic “Chunhyangjeon” into Russian, in a bid to spread Korean literature there.