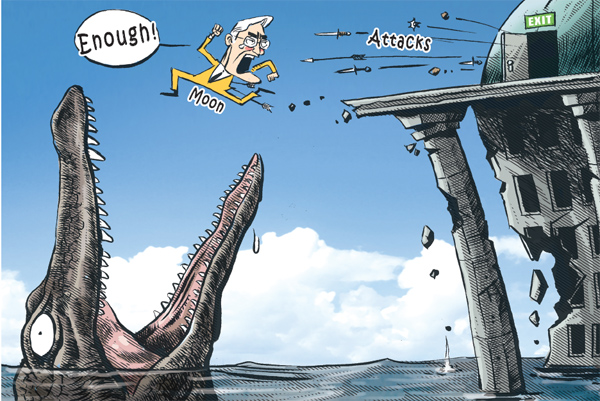 As Democratic Party lawmaker Moon Jae-in flees criticism that he worsened the NLL controversy, a harsher fate awaits him - a party faction demanding an apology, as well as a call from the ruling Saenuri Party for his resignation for failing to safeguard the transcript from the 2007 inter-Korean summit.