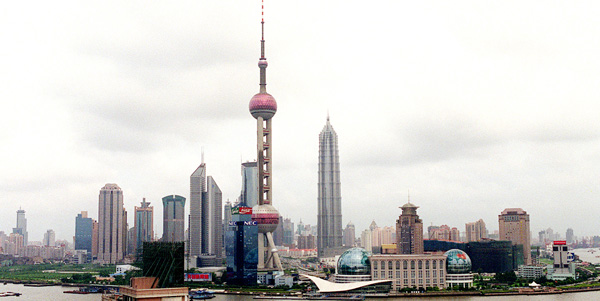 The U.S. Senate Committee on Agriculture, Nutrition and Forestry discussed the legitimacy of a merger and acquisition deal on July 10. China’s biggest meal processing company, Shuanghui International Holdings, is to take over Smithfield Foods - the biggest American pork producer - for $7.1 billion.

The deal, which includes $4.72 billion in cash and liabilities, is the biggest acquisition of an American company by a Chinese company. Moreover, the acquisition is garnering special attention as Smithfield is a leader in the pork processing industry in the United States, producing sausages and bacon. The U.S. Senate’s agricultural committee held a hearing to review the proposed deal to discuss food security.

The proposal was announced on May 29, after Chinese President Xi Jinping’s U.S. visit and summit meeting with President Barack Obama earlier that month. Also on May 10 and 11, the U.S.-China Strategic Economic Dialogue (S&ED) was held in Washington, DC, to pledge reinforced cooperation between the two countries.

Therefore, the Senate hearing and the decision of the U.S. government drew attention. China’s National Offshore Oil Corporation (CNOOC) also took over Canada’s Nexen in a $15.1 billion deal. The Chinese state-owned company has applied for U.S. government approval for the acquisition of Nexen’s assets in the Gulf of Mexico. The Shuanghui-Smithfield and CNOOC-Nexen deals are expected to make a tremendous impact on U.S.-China relations in many ways, including politics, economy, industry, trade, finance, investment and environment.

What are the long-term goals when China acquires Smithfield? First, China has been actively promoting overseas expansion of its companies. In 2012, China made $85 billion of foreign investments, and its accumulated investments add up to $390 billion. Its foreign investments focus on energy, mineral resources, advanced technology and high-end brands while pioneering and expanding overseas markets.

Moreover, Chinese companies are growing rapidly in size, and 89 companies are named in the Fortune Global 500 in July, up from 73 companies in the previous year. Also on the list are 132 American and 62 Japanese companies. Only 14 Korean companies are included. The problem is the brand name. In 2012, Interbrand’s top 100 brands include no Chinese companies. While China made the world’s top 10 in air and water pollution control technology, renewable energy and pharmaceutical technology, it is still far behind America’s lead. Therefore, China must have found Smithfield, a world-class pork processing brand, very attractive.

Second, economic development and income growth of the middle class made the advanced processing technology of pork and a stable nationwide supply network of pork necessary. The high-protein food is especially favored by the Chinese. The international price of soybeans, which are used to feed pigs, and the supply of pork meat have a high impact on the Chinese economy and prices.

Third, in recent years, China has constantly been suffering various scandals related to food, especially meat and dairy products. It has become a national, political and social objective to provide safe food products to the consumers in China stably by acquiring efficient agricultural, stock-breeding and meat-processing technologies. The investment in Smithfield is expected to provide advanced industrial know-how to China.

In addition to nurturing global-sized corporations, China is making a major long-term foreign investment to acquire renowned brands and advanced technology necessary to the country, such as food safety. Korea, too, needs to make long-range tactical moves and investments in each field in order to survive and triumph in the technology wars against China in the future.

*The author is a visiting professor at Kaist Graduate School of Finance.