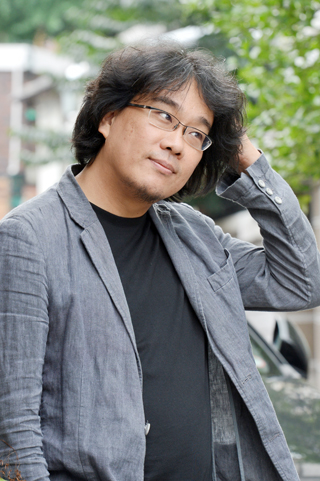 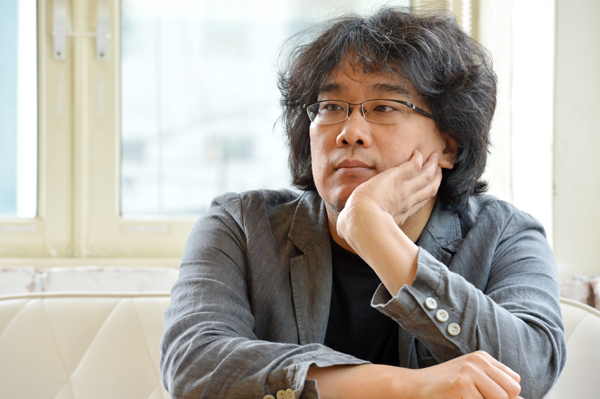 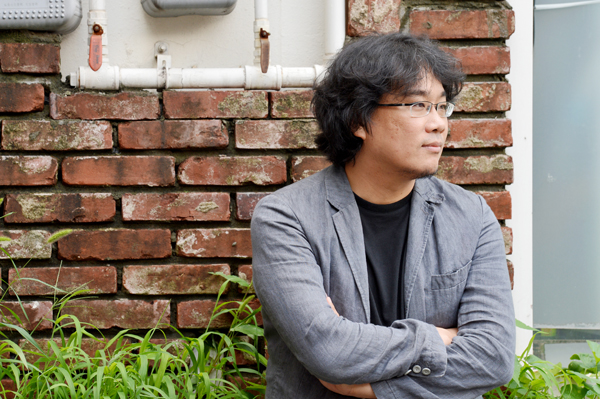 Bong Joon-ho, who has garnered attention prior to the release of “Snowpiercer,” crosses his arms. [NEWSIS] 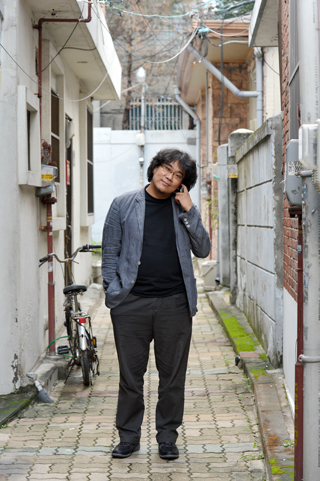 Director Bong Joon-ho poses in an alleyway in Samcheong-dong, central Seoul, prior to a media interview on Tuesday. [NEWSIS]

Director Bong Joon-ho, known for his 2003 movie “Memories of Murder” and 2009 movie “Mother,” has conducted various interviews to promote his upcoming movie “Snowpiercer.”
The movie, which is scheduled to be released on Aug. 1, has garnered international attention. Its cast includes many globally known actors and actresses such as Chris Evans and Tilda Swinton.
Bong’s Hollywood debut is about conflicts among people inside of a train that has been running for 17 years.
Today, he will have another interview with cable channel tvN to talk about the message he wants to deliver through the movie. The interview on the show “People Inside” will air on Monday.