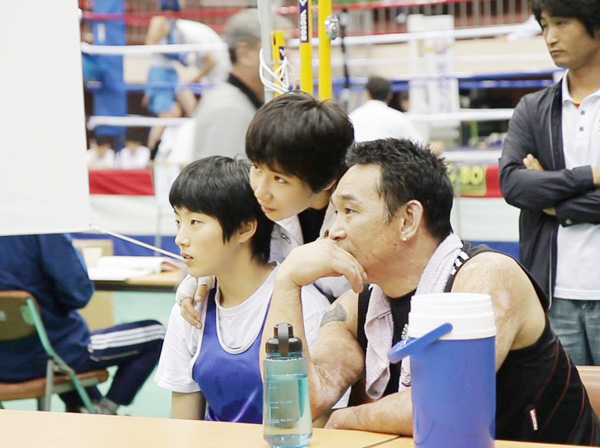 Park Hyeon-seong plays a talented boxer who fails to qualify for the Olympics twice. His athletic career in shambles, his life spirals downhill. Recounting a life of “always being in second place,” he eventually attempts suicide by self-immolation but fails, leaving him handicapped.

Park eventually decides to get on his feet by becoming a boxing coach. Park decides to train a woman to become the first Korean female Olympic gold medalist, thereby vicariously achieving his own dreams as well.

Park Joo-yeong is seen by many Koreans as an elite member of society. Not only has she passed the civil service examination, she has also secured a position at Seoul National University. However, she is intrigued by an article written on Park Hyeon-seong’s transformation into a coach and one day seeks him out at his gym.

As a documentary producer, Lee Jin-hyeok treats the viewer to an incredibly realistic film. He hides nothing as he shows the exact steps toward the making of an athlete. This film will shatter the preconceptions held by many Korean viewers of boxing and expose it for what it really is - a sport that reveals what can be achieved through sheer will and perseverance.

We Were There (All)

This documentary film tells the true story of the members of a mountain-climbing team who risked their lives to conquer Gasherbrum IV in Pakistan after failing to do so two years before. Gasherbrum IV is the 17th-highest mountain on Earth, and only two expeditions have reached its peak. During expeditions in 1995 and 1997, team members recorded parts of their perilous journey, and the director, who is also a savvy alpine photographer, brought the voyage to life by editing dozens of tapes with the help of the group’s leader.

But they encounter hostile weather, during which one member vanishes.

This movie is a 3-D computer animated sports comedy film that offers a break from the sultry summer with spectacular racing scenes. The movie tells the story of a snail named Theo who longs to be a racer at the Indianapolis 500. But Theo (voiced by Ryan Reynolds) is just a garden snail who lives a drudgery-filled life, collecting and sorting varieties of tomatoes with his fellow gastropod. Discontent with his snail speed, Theo develops a big desire for demon speed like his role model, world champion Guy Gagne (voiced by Bill Hader), watching a racing competition on a neighboring garage television. But his friends just make fun of his unlikely dream. One night, during a street race, Theo accidentally gets stuck in the tank of a sports car, where he gets jacked up on all sorts of chemicals and electricity. But the mishap, for some reason, grants Theo his all-time dream: Flash-like speed. With the superpower, Theo (now rechristened Turbo) is taken under the wing of down-on-his-luck young taco store worker Tito (voiced by Michael Pena) to win the Indianapolis 500. Will Turbo, as a snail, be able to beat out all the IndyCars in Indianapolis 500? 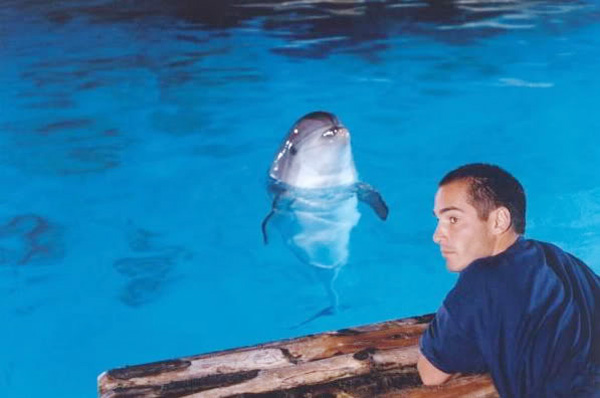 Inspired by real-life diving champions Jacques Mayol and EnzoMaiorcaMaiorca (renamed in the film to Enzo Molinari), the 1988 English-language film made by French director Luc Besson is being re-released in Korea after 1993. With an inspiring story and breathtaking cinematography of the deep blue sea, the film gained rave reviews and drew nearly one million viewers in 1998 in France alone.

Set in some of the most beautiful locations in the Mediterranean, the plot revolves around two men’s one shared passion: free diving. Enzo Molinari (played by Jean Reno) and Jacques Mayol (Jean-Marc Barr) are close friends who bond over free diving in childhood while living in the Mediterranean. But the sudden death of Jacques’s father sets them apart and they lost contact of one other. After several years, Enzo becomes a professional free diver and becomes a world-class diving champion, but he seems never to enjoy his fame as he knows he can never be champion unless he beats Jacques. Meanwhile, Jacques works as a rescuer in Peru, monitored by scientists thanks to his unique ability of an almost dolphin-like heart rate and breathing pattern in the water. One day, a beautiful insurance investigator from America, Johana Baker (Rosanna Arquette), becomes fascinated by Jacques’s talent and goes as far as to Taormina, Italy to meet him at a free-diving championship. At the competition Enzo and Jacques reunite but love and rivalry push them into dangerous places. 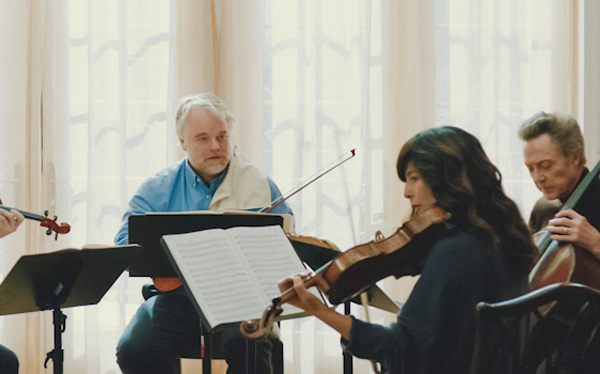 An internationally acclaimed music group that has been playing around the world for 25 years is the focal point of this movie. Within the four members of the quartet one can see a wide range of personalities and interests, but their mutual love for music is what allows them to become one entity when playing.

One day Peter (Christopher Walken), the paternalistic cellist and the founder of the group, is diagnosed with Parkinson’s disease. In contrast to Peter’s calmness in the face of impending death, the quartet members are thrown into confusion. The members had previously set aside their differences in favor of their contributions to a collaborative endeavor. But now they struggle to come to terms with their identities and what the future holds for their relationships and their careers as musicians.

The setting of New York City’s blistering winter, a favorite for many romance films, is appropriate for the film’s examinations of the four members of the quartet as individuals. Although the visuals are stunning, however, the film’s greatest strength is its richness in music. The performances leave the viewer with a greater appreciation of the various individuals who come together to create a masterpiece.

We knew this day was coming: Robots versus aliens. Or sea monsters, at any rate. Anyhow, in Pacific Rim, they are called kaiju, and they attack our world just like alien invaders.

Despite the lack of knowledge about what exactly they are, where they’re from or what their motivations might be, these kaiju are attacking us. To defend the planet, humanity builds giant metal robots, called “jaegers,” controlled by two pilots, combined into one consciousness.

Raleigh Beckett (Charlie Hunnam), one of the best jaeger pilots who has gone into hiding after losing his copilot and brother, is given the chance to resume his duties, with the help of a female copilot with a past, Mako Mori (Rinko Kikuchi). Along with other pilots from far and wide, they are sent on a mission to wipe out the kaiju one last time.

The plot is not the film’s forte; but it’s plain to see that action was what director Guillermo del Toro was concerned about. Action and monster depiction: Those kaiju are scary.

It is an awesome 3-D feature, but many aspects of the characters’ ties to one another remain untapped amidst the chaos of people and cities being swiped out - unfortunately, without more humanity, the losses seem all the more trivial.