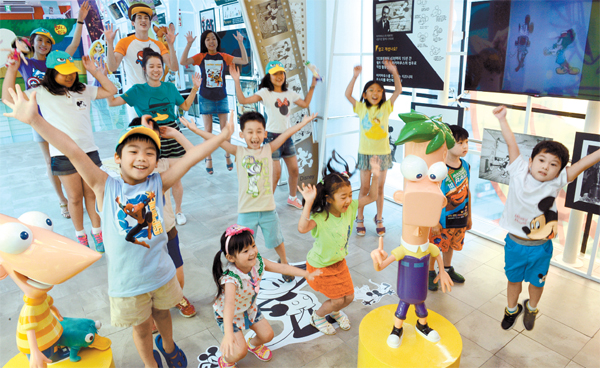 Children battle at a dance competition held yesterday at an impromptu Disney booth set up on the bridge connecting Lotte Department Store and Avenuel in central Seoul.

Lotte is holding a Disney festival throu gh Aug. 25 with Disney pop-up stores operating in central Seoul store and at the Jamsil branch, southeastern Seoul. Additonally, holders of Lotte Cards and department store membership cards have a chance to win a three-day trip to Disneyland in Hong Kong and other Disney merchandise. [NEWSIS]