“Grandpas Over Flowers” wraps up filming in Taiwan

“Grandpas Over Flowers” wraps up filming in Taiwan 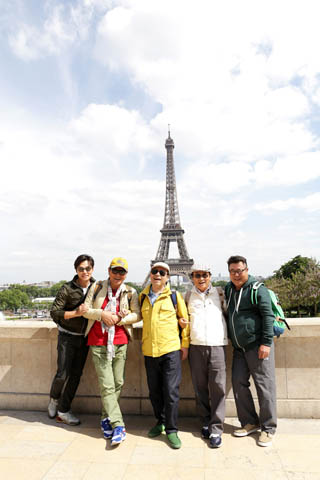 Members of entertainment show “Grandpas Over Flowers” on cable channel tvN came back to Korea on Tuesday after they completed filming its second season in Taiwan.
Sunny of Girls’ Generation, who joined the show, also stayed there one more day than previously arranged to prove her passion for the show.
While the program is about four veteran actors who are in their 70s or older, actor Lee Seo-jin of the MBC drama “Gyebaek” has joined as a helper to assist others. Lee was cajoled into the first trip to Paris by the production team, which made him believe that Sunny was joining him during the trip.
Although it turned out to be a lie, Lee finally got a chance to meet up with Sunny in the second season as he had hoped.
However, not all of them came back together at the same time because they have different arrangement with other dramas or programs they are currently in.