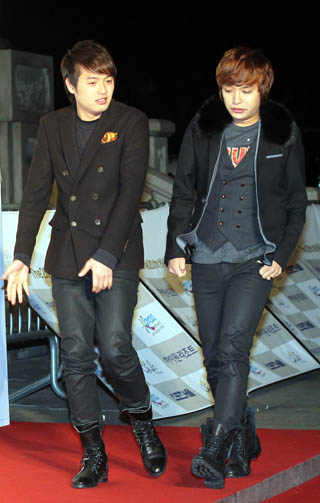 Simon D and E-Sens, who recently announced the disbandment of their group Supreme Team, are looking to reunite with one another at Jisan World Rock Festival.

Both singers have shown their excitement over the news that American rapper Nas, who once made a cameo on TV show “Hawaii Five-0,” is coming to the festival that opens on Friday.

Although the two are going to be in the same place at the same time, fans won’t be able to see them perform together as they are going to the festival as visitors, not musicians.

“Simon D and E-Sens are not on the lineup announced so far,” said a festival organizer, according to local media reports.

The group was disbanded two weeks ago when the duo’s agency canceled their contract with E-Sens. They both announced that they will go solo.