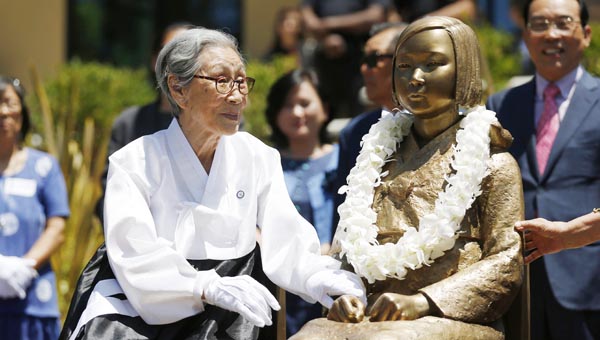 Kim Bok-dong, a Korean sex slave survivor, admires a statue honoring girls and women forced into sexual slavery by Japan during World War II outside the Glendale Central Library in Glendale, California. Glendale is the first city to put up such a memorial on the U.S. West Coast. [ACTION IMAGES/NEWS1]