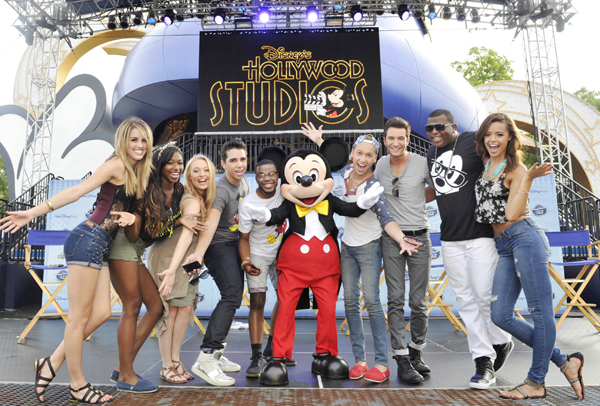 Finalists from season 12 of the “American Idol” television show pose with Mickey Mouse on Wednesday at Disney’s Hollywood Studios theme park in Florida. The finalists were celebrated at the Walt Disney World Resort theme park with an onstage celebration at “The American Idol Experience,” a Walt Disney World attraction based on the popular Fox television series. [AP/NEWSIS]