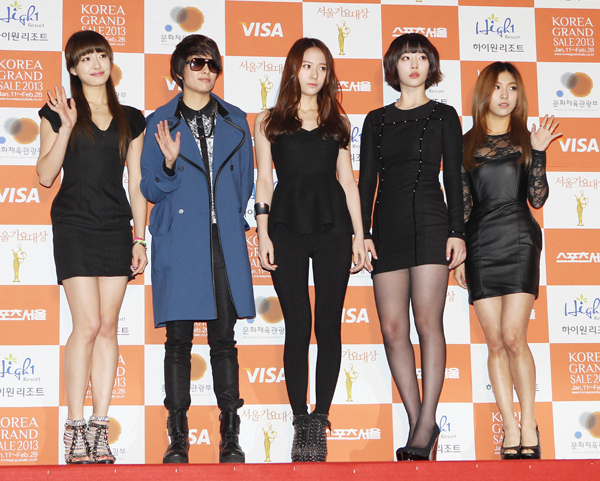 Girl group f(x), not only stays on top of local music charts, but also stays high on the overseas ones as well, even four days after its album release.
The group’s second album “Pink Tape,” which was released on Monday, was ranked No. 1 on iTunes album chart in Cambodia yesterday. It was ranked in second place on the same chart in Singapore and Taiwan, and in third place in Indonesia, Thailand and Hong Kong, according to local media reports.
The title song “Rum Pum Pum Pum” also ranked high on the individual songs chart across countries in Asia.
Meanwhile, the group preformed “Airplane” yesterday on cable channel Mnet’s music show “M Countdown.”
The girls sing about having butterflies in their stomachs at the beginning stages of love and compare it to flying.