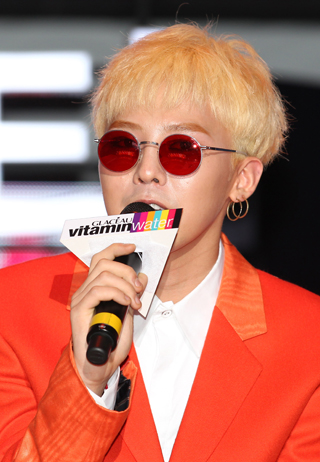 G-Dragon of boy group Big Bang told his fans that he is putting in a lot of effort to bring his music to them on his social network service yesterday.
“Everyone, it’s finally August and my second solo album will come out soon,” he said without mentioning the exact date.
“And the encore concert will be on Aug. 31 and Aug. 1 next month. I’m pulling in an all-nighter again tonight, and putting in all of my effort, so please wait until the end.”
He also asked fans to love new albums that will be released by other members in his group and other fellow singers affiliated with his agency, YG Entertainment.
“Please wait for upcoming albums from Seungri and Taeyang, as well as that of 2NE1, and enjoy them. YG family is running again,” he added.
The agency has previously announced that Big Bang members will release solo albums without the exact stating date.