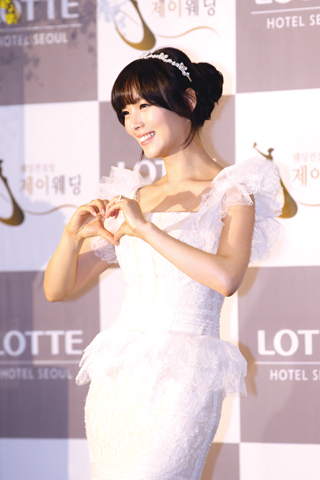 Sunye of girl group Wonder Girls left Korea for Canada to focus on her upcoming childbirth, according to local media reports yesterday.

She left the country on Tuesday along with her husband James Park as the two started their life together in Montreal after getting married in January.

The singer, who is six-months pregnant, came to Korea in May with Park to pay a visit to a gynecologist. She also met with members of her group at her agency JYP Entertainment.

“As she is approaching her due date, it is expected that she will stay in [Canada] for a while,” said an acquaintance of Sunye, according to local reports.

It is not confirmed if Sunye plans on coming back to the entertainment scene as she is expected to take a mission trip to Haiti after the birth of her child.

Her acquaintance was quoted as saying that the two may go together next year.