Sounding off: Who has the best music for phones?

Sounding off: Who has the best music for phones? 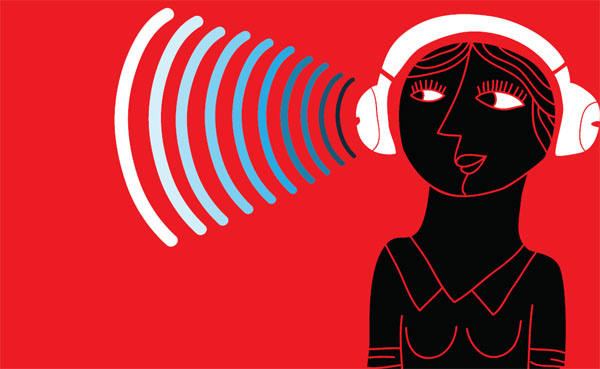 Online music replaced CDs and cassettes for most people years ago. But now that 73 percent of people between 18 and 64 years old in Korea have a smartphone, according to Google Korea, music services for smartphones are replacing MP3 players and computer-based music apps.

In Korea, the top digital music service providers are MelOn (run by an affiliate of SK Telecom), Mnet (operated by CJ E&M), Genie (run by KT) and Bugs, and as they shift from personal computers to smartphone apps, the competition is only heating up.

Rather than just competing on price, these services have recently been promoting their allegedly unique sound quality, using rather ambiguous phrases like “high-definition sounds,” “three-dimensional sounds” and “sound enhancement solutions.” Some sensitive-eared listeners also claim that the sound quality of each app is different.

But how different is the sound quality, really? Can the average ear hear the difference?

“Who listens to music because of the sound quality?” asked Park Byeong-jun, the music producer who oversaw Cho Yong-pil’s recent hit album “Hello.” “People listen to music because they like the song, the lyrics.”

Online music distributors are focusing on music streaming apps for phones, each promising the best quality audio. By Kwon Hyuk-jae

Nonetheless, the music services keep pushing their sound quality, which made us curious - who does have the best sound? So the JoongAng Ilbo conducted an experiment with two sample groups: 56 regular music listeners and four music professionals. The former was conducted on July 10 at the JoongAng’s headquarters in Jung District, central Seoul, while the latter was done at a music studio in Cheongdam-dong, southern Seoul.

How it was done

All tests were done in the form of mobile streaming, the most common way people enjoy music these days, according to a survey by our newspaper.

The four mobile music apps tested were MelOn, Mnet, Genie and Bugs. Of those, the first three provide streaming up to 360 kbps (kilobits per second), which is generally considered high-quality sound. They also offer 192 kbps and 128 kbps options.

Bugs does not offer 360 kbps, however, it does offer a sound-enhancement solution called “Radsone,” but only for iPhones. So although we decided to use Samsung Electronics’ Galaxy S2 for our tests, for Bugs, we made an exception and used the iPhone5 instead. 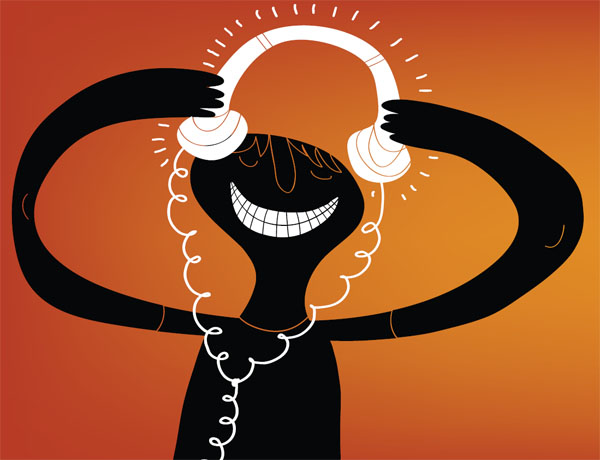 We played the same song for all tests, Cho Yong-pil’s “Bounce,” for three reasons. It was one of the biggest hits during the first half of this year, it appeals to both younger and older people and it is known to be a song that engineers really emphasized sound quality throughout its production.

We divided the testers into four groups and played “Bounce” using the various apps in a different order for each group. We played the song for one minute from the start.

Surprisingly, the majority - 34 percent - picked the lowest quality as their favorite, followed by 32 percent that picked high-quality. Thirteen percent said that they hear no difference among the three. 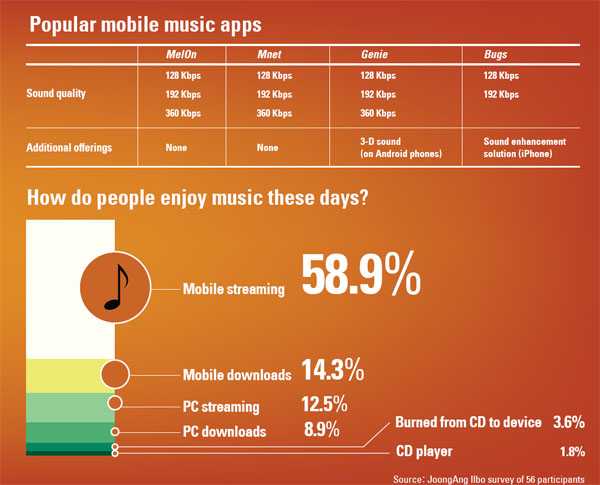 In other words, although most people sensed a difference between the three streaming qualities, they weren’t really able to tell which was the best of the three.

Next, we attempted to see which of the four music apps people preferred. The big winner was Genie, with 27 percent of our listeners, followed by Bugs with 25 percent, then Mnet and MelOn with 20 percent each. Ninety percent of the participants said could sense a difference among the four music apps, but 10 percent could not.

Bugs’ strong showing was notable considering that it only offers music files in the mediocre 192 kbps quality.

Finally, we wanted to see if people could hear the so-called “3-D sound” Genie offers on Android phones. In this test, everyone said they heard a difference - however, barely half of our listeners liked what they heard. Just 52 percent said they liked the 3-D sound, saying it felt like being at a live concert or listening to surround sound. But 48 percent said they preferred the songs in their original forms.

In conclusion, for the average person who listens to music through streaming using low-end earphones, the so-called “high-definition,” or “3-D” sounds have little effect, and only cost more data traffic.

“As someone who makes music, it is welcome news that the public has started to take an interest in sound quality for the music they listen to,” Park said. “However, when packaged and marketed with hype, I’m afraid it could also have unwanted side effects and make the public turn away.”

An is the chief engineer in charge at live concerts for Cho Yong-pil. Song is the vice president in charge of Korea operations for Clair Brothers Audio Systems. Ju is an audio columnist.

For the professionals’ test, we also played Cho Yong-pil’s “Bounce.” All four experts were on the same page as to which sound quality they liked: They all chose 128 kbps, the lowest quality.

But they weren’t as unified when it came to which of the four music apps they liked. In fact, they were just as divided as the non-professionals. Park and An chose Genie: Park said it had the “most normal” sound, while An said it had the “best balance.”

Song, however, picked Bugs as the best, saying it had “good balance” and the strongest bass. And Ju selected MelOn, saying its sound was “clean and neat.” But they did agree on one thing: That sound quality differed by app.

All four experts were quite turned off by the 3-D sound effects Genie offers. “The reverb is too much,” said Song. Ju also disliked the sound, saying “it only distracts from the vocals.”

“It just sounds abnormal,” Park commented. “In the music studio, we set different channels for different musical instruments and the vocal. But these sound effects lump them all together and distort them. For us, such sound effects are as bad as damaging our original work.”

“You rarely see high-end audio brands applying sound effects in their products,” said Ju. “There are cases in which home appliance brands did so as their marketing strategy. But the only company that made money with it is Yamaha. The higher quality the audio equipment is, you don’t need additional setting. You just listen and, voila, good sound comes out.”