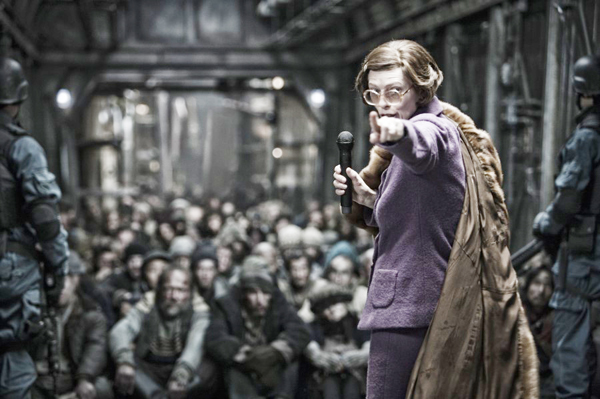 The Korea-Hollywood collaboration directed by homegrown director Bong Joon-ho has been well-publicized ahead of its opening. The plot revolves around a train that carries the last surviving members of humanity, circling the barren world endlessly after a man-made disaster caused the Earth to freeze. The train is divided into a rigid caste system, with the rich living a life of luxury in the front, and the poor barely living at all in the back. After 17 years of misery, at last the poor people in the back carriages are ready to rise up and overthrow the harsh system.

The revolt is led by Curtis (Chris Evans), who wants to meet the train’s enigmatic leader, Wilford (Ed Harris), but is blocked by forces led by Mason (Tilda Swinton). To reach the front of the train, Curtis recruits the help of a convict and the train’s former security specialist, Namgoong Minsoo (Song Kang-ho). As the team of Curtis, Namgoong and his daughter (Go A-sung) make the trek to the front, they are met with opposition and many lives are lost in the name of justice.

Based on the French graphic novel “Le Transperceneige,” the film offers strong commentary on today’s class divides in between first-rate action sequences.

An English-subtitled version of “Snowpiercer” screens Thursday evening at 7:50 p.m. at the CGV Yongsan, central Seoul.

Hugh Jackman is back in yet another go-around of the iconic Marvel superhero, the Wolverine. This latest installment picks up after “X-Men 3,” with Logan having forsaken his identity as the Wolverine, guilt-ridden for having killed the love of his life, Jean Grey, at the end of that film. Now, he just wonders through the Canadian countryside, moping and occasionally making friends with grizzly bears.

The moping doesn’t last that long, though. Soon, Logan finds himself whisked away to Japan, where he is enmeshed in a plot involving a 70-year-old debt, a crazy-rich Japanese industrialist, a Madame Butterfly-esque subplot and, of course, plenty of ninjas and yakuza.

It’s not the most fun or engrossing superhero film ever, and the Japanese cliches can be pretty eye-rolling, but the smaller, more personal story is a welcomed change after so many over-the-top superhero tales of Armageddon and apocalypse.

This movie is a 3-D computer animated sports comedy film that offers a break from the sultry summer with spectacular racing scenes. The movies tells the story of a snail named Theo who longs to be a racer at the Indianapolis 500. But Theo (voiced by Ryan Reynolds) is just a garden snail who lives a drudgery-filled life, collecting and sorting varieties of tomatoes with his fellow gastropods. All that changes one night, though, when an accident sees Theo get stuck in the tank of a sports car, where he gets jacked up on all sorts of chemicals and electricity. But the wake of the mishap, for some reason, Theo finds he now has incredible, Flash-like speed.

A sequel to 2010’s “Red,” this film about ultra-deadly retired spies begins with Frank Moses (Bruce Willis) utterly enjoying his simple, suburban life. Unfortunately, his chipper girlfriend Sarah (Mary-Louise Parker) is bored to tears and eager to return to the action-filled life of intrigue and spying that she discovered in the first film. It doesn’t take an intelligence operative to figure out which one will win out.

Frank’s old friend Marvin (John Malkovich) appears to warn him that trouble is brewing, but he only gets killed for his efforts. Seeing no option, Frank returns to his life as a spy, trying to figure out who killed Marvin and who wants him dead.

Lee’s character, of course, is what has made “Red 2” such a hit in Korea. Last weekend it was the only country in the world where “Red 2” did better than “Wolverine.”

For a second-tier summer action film, “Red 2” is light and pleasant enough, even though many of the jokes fall flat and the special effects are less than top-notch. But the cast is stellar and the easygoing tone makes for a nice change of pace. 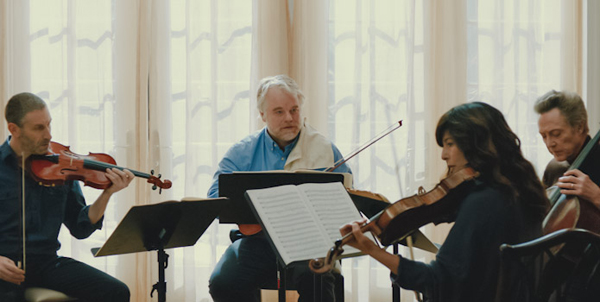 One day, Peter (Christopher Walken), the paternalistic cellist and the founder of the group, is diagnosed with Parkinson’s disease. In contrast to Peter’s calmness in the face of impending death, the quartet members are thrown into confusion. The members had previously set aside their differences in favor of their contributions to a collaborative endeavor. But now they struggle to come to terms with their identities and what the future holds for their relationships and their careers as musicians.

The setting of New York City’s blistering winter, a favorite for many romance films, is appropriate for the film’s examinations of the four members of the quartet as individuals. Although the visuals are stunning, however, the film’s greatest strength is its richness in music. The performances leave the viewer with a greater appreciation of the various individuals who come together to create a masterpiece. 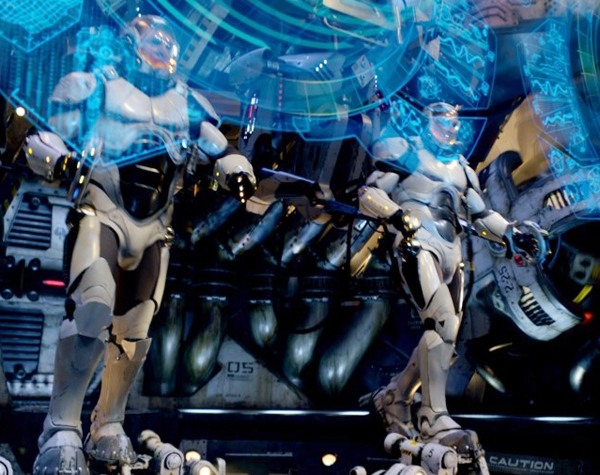 We knew this day was coming: Robots versus aliens. Or sea monsters, at any rate. Anyhow, in Pacific Rim, they are called kaiju, and they attack our world just like alien invaders.

Despite the lack of knowledge about what exactly they are, where they’re from or what their motivations might be, these kaiju are attacking us. To defend the planet, humanity builds giant metal robots, called “jaegers,” controlled by two pilots, combined into one consciousness.

Raleigh Beckett (Charlie Hunnam), one of the best jaeger pilots who has gone into hiding after losing his copilot and brother, is given the chance to resume his duties, with the help of a female copilot with a past, Mako Mori (Rinko Kikuchi). Along with other pilots from far and wide, they are sent on a mission to wipe out the kaiju one last time.

The plot is not the film’s forte; but it’s plain to see that action was what director Guillermo del Toro was concerned about. Action and monster depiction: Those kaiju are scary.

It is an awesome 3-D feature, but many aspects of the characters’ ties to one another remain untapped amidst the chaos of people and cities being swiped out - unfortunately, without more humanity, the losses seem all the more trivial.