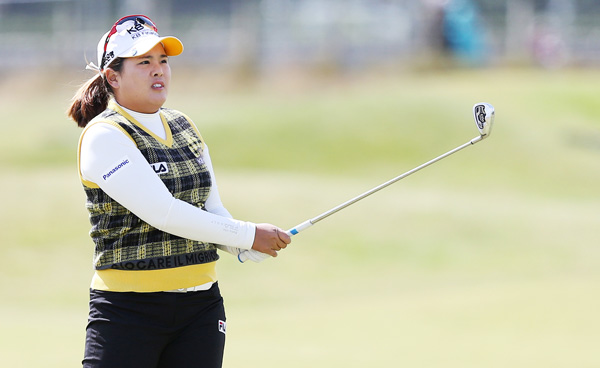 Park In-bee seen in action during the third round of the Women’s British Open on the Old Course at St. Andrews, Scotland, Saturday. The 25-year-old Korean wanted tough conditions at St. Andrews to try to make up an eight-shot deficit in her pursuit of a fourth-straight major. It turned out to be too tough for anyone. The third round of the Women’s British Open was suspended Saturday by gusts that topped 40 mph (65 kph) and kept golf balls from staying put on the greens. After waiting six hours for the wind to calm, players were told to return Sunday morning for a marathon finish. [REUTERS/NEWS1]