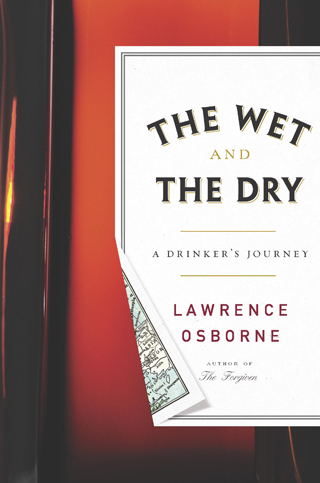 Looking to deal with a serious drinking problem, British novelist and travel writer Lawrence Osborne decides to traverse the Muslim world to gain a different perspective on alcohol.

Out of this quixotic adventure comes a book that examines the role and history of strong drink, its impact on the author’s life and the availability of beer, wine and distilled spirits in Islamic countries from Egypt to Indonesia.

The colorful characters and fascinating situations Osborne encounters during his travels provide much of the book’s allure.

Osborne has surely faced his share of deadlines during his writing career, but perhaps none as strange and pressing as his attempt to score a bottle of champagne in the sultanate of Oman on the Arabian Peninsula as the clock winds down to midnight on New Year’s Eve. The suspense builds as we wonder whether he fulfills his promise of bubbly to his Italian girlfriend or must make do with fruit juice for their celebratory toast.

In Lebanon, Osborne checks out the bar scene in Beirut, visits a vineyard in the Hezbollah-dominated Bekaa Valley and meets with Druze warlord Walid Jumblatt in the Shuf Mountains for a lunch that includes arak, the potent anise-flavored firewater that’s regarded as Lebanon’s national drink. Estranged from other Shiites and denounced by Sunnis, the Druze, we learn, are permitted to drink but are not allowed to eat watercress.

Osborne’s travels, interspersed with the occasional hangover, take him to Pakistan’s only brewery, whose owner tries to keep a low profile amid his nation’s virulent hostility to alcohol.

He then heads east to the Thai border region with Malaysia, beset by a stubborn Islamist insurrection, where a slew of seedy bars attract Malay men bent on heavy drinking and whoring.

The author paints a bleak picture for the future of alcohol in the Islamic world. In “Westernized” Turkey, the only Muslim country where adherents of the faith can legally drink and where Osborne has acquired a small house, the governing party is placing heavy taxes and restrictions on alcohol. Moving on to Cairo, he revisits his favorite bar during riots in Tahrir Square and opines that it may be living on borrowed time amid the rise of the Muslim Brotherhood.

Osborne set out on his journey to observe and perhaps learn from a culture of abstention, whose believers regard drinking as “a sickness of the soul.” Along the way, he weaves in memories of his alcohol-besotted past and examines Islamic history and the teachings of the Quran for clues to the restrictions on booze.

Two years of drinking in Muslim countries that reject “the corrosive pleasures of alcohol” leave Osborne sympathetic to the validity of their reasoning, but in the end it seems clear that he’s not about to forgo the cocktail hour.

“The reasons for hating it are all valid. But by the same token they are not really reasons at all,” he writes. “For in the end alcohol is merely us, a materialization of our own nature.”