It’s not a question of culture

It’s not a question of culture 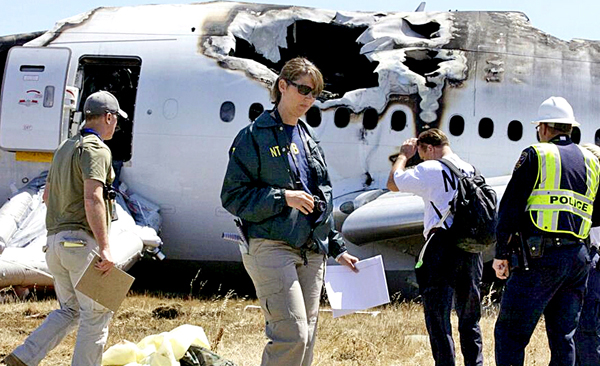 colRecently, there has been a spate of articles in the international press about Korean culture and the Asiana crash. Despite a lack of supporting evidence from the incident itself, it has been suggested that Confucian hierarchicalism may be to blame - a junior officer knows something is wrong, but doesn’t dare question the captain - that kind of logic.

Now, I do have some experience working in a large Korean organization, an asset management firm in Yeouido. I was the first non-Korean they had ever hired. My job did indeed consist of agreeing with everything senior employees said - while giving the company a veneer of internationalism, and of course, drinking a lot of poktanju. It certainly wouldn’t have been welcomed had I tried to question the captain.

But an investment firm isn’t an airline. As the man behind the popular (and excellent) English-language blog Ask a Korean pointed out, “no sane person would be willing to die” for such cultural rules. Culture is indeed a powerful force, but it surely ought to meet its match with the life-or-death nature of flight safety. If Korean hierarchicalism were indeed so dangerous and powerful, we could reasonably expect a persistently high incidence of crashes from Asiana and Korean Air. But that’s not what we get.

On the point of culture, I come from one which still gets treated as though it were a default setting for the world (although I do consider the idea of a generalized “Western” or “Anglo-American” culture quite nebulous). So had a British Airways or Delta flight crashed in San Francisco, we wouldn’t be having any discussions about culture. I doubt that Asian media would be jumping the gun and saying, “maybe an individualistic younger officer didn’t listen to his highly-experienced captain.” Like everyone else, they’d be speculating on mechanical faults, and so on.

Clearly, Korean Air used to have a problem with safety. The incidents of the 1980s and 1990s arguably created a negative image of Korean airline safety among the international media. But since around the turn of the century, Korea’s largest airline has dramatically cleaned up its act. And, statistically, Asiana never had a problem to begin with.

The word “statistically” may raise the cynic’s eyebrow - after all, Asiana has had two previous fatal incidents. But the fact is that crashes will happen once in a while. That is a basic truth in something as common yet complex as commercial aviation. An airline should not be judged on whether it had zero, one or four crashes in the course of its historic operations - especially in the context of millions of flights logged. It should be judged on how its crashes happened, and its overall safety regime. Asiana is not bad on that score, and I would never worry about flying with them.

In fact, I wouldn’t worry about flying with any major airline in the world. Air travel is relatively very safe, and getting safer all the time. Though “black swans” will occasionally occur, the aviation industry is better prepared to minimize their damage these days, with safer seats, fire-resistant materials and so on. The Asiana crash is a case in point. It will of course be no consolation for the families of the deceased, but 99 percent of those on board survived. We’ve all seen the pictures of the wreckage. In years gone by, an incident like that would have resulted in many more deaths.

Unfortunately, nobody ever generated a ton of clicks and page views by writing “aviation fatalities down” or “cause unknown, crash investigation report to come out in due course.” Even when the information is bland or non-existent, a juicy narrative is still required. It reminds me a lot of financial reporting: whenever the Korean stock market goes down, the local media blames dastardly foreign investors and their short-term ways, while the international press blames the “North Korean nuclear threat.” Nobody just says “there were more sellers than buyers today.”

I’ll go home in August for a whole month. I’ll take Korean Air to Moscow, and Aeroflot from there to London. The next day, I’ll fly to Poland for a friend’s wedding, and then back to London again, before taking a train to Manchester. My dad - an excellent driver - will pick me up from the airport, and drive me the 15 miles back to our home town of Stalybridge. Statistically, that will be the most dangerous part of the whole journey. But that isn’t because his car was designed and built by Koreans.

* The author is the former Seoul correspondent for The Economist.