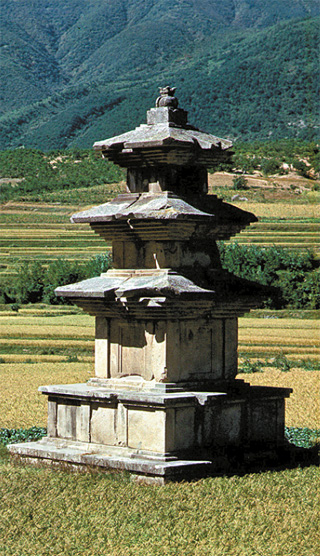 This pagoda was built at the old site of Goseonsa Temple, where Wonhyodaesa, one of the greatest Buddhist priests, was the chief priest.

The pagoda, which was probably built in the late seventh century of the early Unified Silla Dynasty, stands at Gyeongju National Museum.

After Goseonsa Temple was flooded due to the construction of Deokdong Dam, the pagoda was moved to its present location in 1975.

This was perhaps done to include space for a sarira casket, which was discovered when the pagoda was rebuilt.