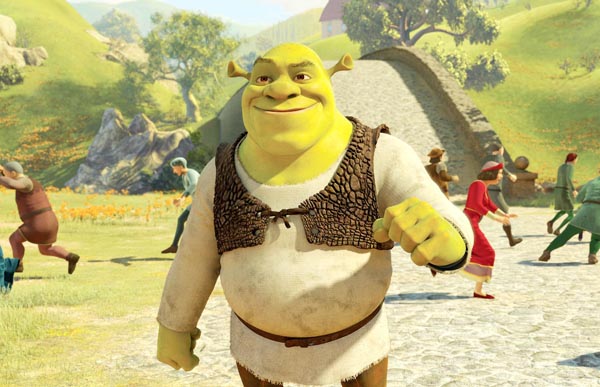 LOS ANGELES - Dreamworks Animation SKG, the studio that built one of Hollywood’s largest film franchises on the back of a green ogre named Shrek, has suddenly become one of the entertainment industry’s busiest deal-makers.

In the last year, Dreamworks has bought a YouTube network aimed at teenagers and picked up a company that controls such iconic characters as Lassie and Casper the Friendly Ghost. It acquired the rights to the Troll toy franchise and in June, signed a deal to produce a TV series for streaming video service Netflix. It also plans to build a $3 billion entertainment complex with partners in China.

“There will definitely be more deals,” Chief Executive Jeffrey Katzenberg said in an interview. “I have never seen more opportunities to build our brand in our 19 years in business.”

Katzenberg will not say what else is on his list, or whether he prefers to buy or partner with other companies.

One thing still percolating, he says, is a Dreamworks cable channel, “but there’s nothing out there right now for us.”

A few years back, Dreamworks considered selling itself to a larger media company in hopes of converting its cable channel to one featuring Dreamworks movies or TV shows, according to news reports at the time.

Dreamworks’ acquisition spree comes at a time when the animated film market has become so saturated with studio-backed fare that the studio’s most recent entry, “Turbo,” debuted with two other animated films already in the market.

“Turbo” ended up with lackluster ticket sales of $21 million in the United States and Canada during its first weekend. Earlier this year, Dreamworks took an $87 million write down for its holiday-themed “Rise of the Guardians,” and another $54 million charge to rework “Me & My Shadow.”

Investors have welcomed Katzenberg’s diversification strategy, sending Dreamworks shares up 50 percent in the past year.

As a result of deal-making, analyst Tony Wible of Janney Montgomery Scott predicts about 45 percent of Dreamworks’ revenue this year will come from non-movie making, including TV shows produced by Classic Media, which Dreamworks bought last summer for $157.6 million. Classic Media owns the rights to animated characters Richie Rich, Dick Tracy, and George of the Jungle, among others.

A year ago, Wible said, Dreamworks was getting only about 15 percent of revenue from areas other than newly-released films, most of that coming from DVD sales of older movies.

Over the next five years, Dreamworks says it will produce 1,200 hours of programs for companies such as Netflix and German kids channel Super RTL, including those inspired from “Turbo” and “How to Train Your Dragon.” Reuters