Luxury brands are offering a wealth of experiences

Luxury brands are offering a wealth of experiences 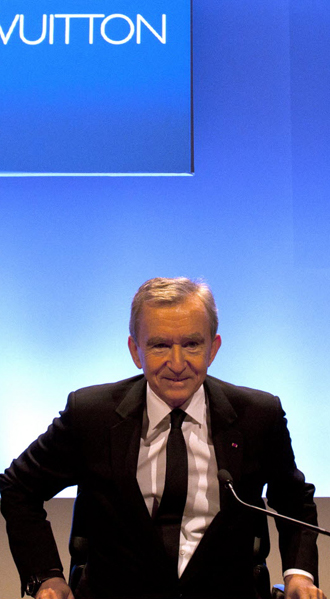 French billionaire Bernard Arnault wants you to spend the night and eat his pastries.

After decades of acquiring luxury goods that consumers can drink and wear, the chairman of LVMH Moet Hennessy Louis Vuitton last week bought a five-star hotel in St. Barths and in June added a storied Milanese cafe, accelerating his push to meet all his well-heeled clients’ earthly needs.

The summer spending spree, which bookended LVMH’s $2.6 billion acquisition of Italian cashmere clothier Loro Piana, expands Arnault’s $95 billion empire in hospitality, part of a broader shift by luxury brands into high-end services. As baby boomers look for new ways to treat themselves and millennials define themselves more by what they do than what they own, luxury brands are expanding beyond fashion and accessories as they aim to keep customers interested.

Arnault is seeking “to own the whole spectrum, to have a 360-degree view on what the customer is doing, what they are buying, what they are eating, where they are staying,” said Laura Ford, a strategist at Futurebrand consultancy in London. “It’s a move to keep relevant with consumers whose appetite for luxury and definition of luxury are constantly changing.”

LVMH’s push into hospitality follows moves by companies from Giorgio Armani to Gianni Versace to design hotels. Roberto Cavalli is adding cafes, Ermenegildo Zegna is supplying fabric to Fiat Maseratis, while Gucci-owned Kering has cozied up to clients with invitations to equestrian events.

By adding experiences, these companies can “offer something truly unique and memorable,” said Jane Kellock, senior vice president of fashion, beauty and color at Stylus, a London-based research and advisory firm.

At one resort in Courchevel, clients can hit the slopes straight from a private chalet - which can run about 7,000 euros ($9,299) a night - while children are minded in a Mongolian yurt. In the Maldives, guests stay in loft villas with private pools and have an improvised dinner on a dhoni.

Hospitality “is a natural extension of LVMH’s activities across the luxury spectrum,” the Paris-based company said when it announced the St. Barths purchase, adding that the category serves as another channel to sell and display its wares, which include Benefit cosmetics and Kenzo perfumes.

“Being innovative along the desires and the interests of these well-off whom we don’t want to get bored is the name of the game,” said Ermenegildo Zegna, CEO of the luxury suitmaker of the same name, which in April signed the Fiat deal.

Category expansion can, of course, lead to overexposure. Pierre Cardin was among the first fashion companies to stretch into fragrance and cosmetics in the 1960s. By 1988, the Cardin name had been slapped on more than 800 licenses including cigarettes and baseball caps, leading profits to slump, according to Harvard Business Review.

Arnault is limiting that risk by only adding brands that excel in specific businesses, according to Armando Branchini, founder of Milan-based luxury consultant Intercorporate.

Situated next to Prada’s store on Milan’s tony via Montenapoleone, Cova’s location and nearly two centuries of history make it a unique and authentic experience for shoppers seeking to indulge a sweet tooth. Like Ernest Hemingway’s protagonist, who stops off at Cova to buy chocolate in “A Farewell to Arms,” clients today can order bespoke cakes.

While Cova’s 7.4-million-euro 2011 turnover pales in comparison to LVMH’s 28 billion euros of revenue last year, Arnault is betting he can replicate its success around the world.

“To be memorable, the experience most often needs to combine with heritage,” Branchini said. Bloomberg