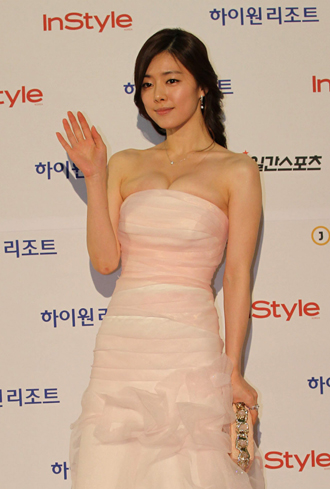 Actress Hong Soo-ah of KBS drama “The King’s Dream” criticized some celebrities who wear revealing clothing when they visit a baseball stadium to throw a ceremonial pitch.

“Doing a ceremonial pitch is to throw a ball, not show off your body shape,” Hong said in a special segment on celebrities’ ceremonial pitches at ball games during daytime show “Good Morning Korea” on KBS, which aired yesterday.

Such a comment seems to target entertainer Clara, who has been embroiled in a debate over her the tight clothing she wore during a recent pitch.

Meanwhile, Hong has garnered much admiration from local baseball fans as she wore sneakers instead of heels and had a professional player pose for a pitch at a Doosan Bears game in 2011.