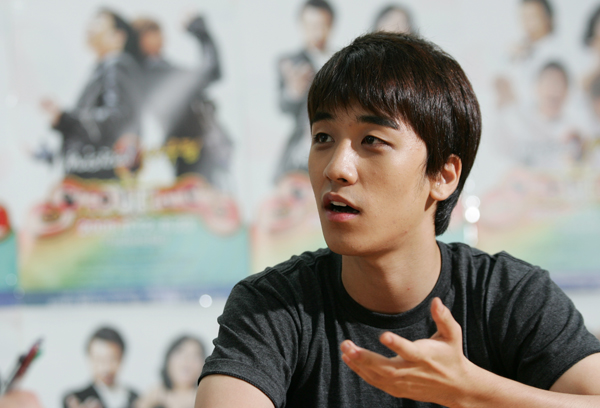 Prior to the release of his first Japanese-language solo album, Seungri of boy group Big Bang will make an appearance as a special MC on Fuji TV’s entertainment show “Sakigake Eight.”

Seungri first appeared on “Sakigake Eight” a year ago as a guest. But for his latest appearance, which is scheduled to air today, the singer will meet with Japanese singer May J at a beach.

May J has collaborated with Seungri on his as-yet untitled album, which is scheduled to be released on Sept. 25, according to his agency YG Entertainment yesterday.

With a new, six-song EP scheduled to drop in Korea on Aug. 19, Seungri is expected to concentrate on promotions for that album at home, then go to Japan at the end of September to promote the Japanese album.

On the day of the Japanese album release, Seungri is supposed to perform at Mezamashi’s “Live Island Tour 2013” in Fukuoka.