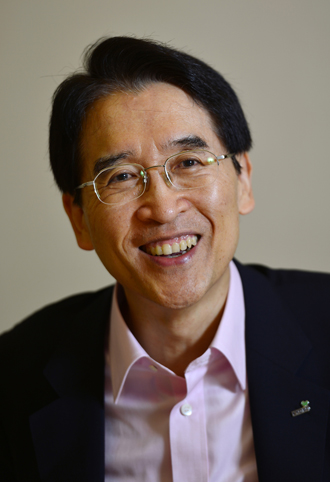 During the insurer’s 55th anniversary celebrated at its headquarters in Gwanghwamun, central Seoul, the chairman said in a speech that many people misunderstand the role and function of different insurance.

“The local insurance industry has grown to be the world’s eighth-largest, but subscription to whole life insurance and annuity insurance still remains low,” Shin said. “Furthermore, there are still those who consider annuity insurance, which is for life after retirement, as a means of personal investment [aimed at increasing profits].”

The chairman said it was the responsibility of insurers - whether one is an executive or at the lowest level - to help clients fully understand the actual role of insurance.

He stressed that expansion of the private insurance market will be an opportunity for the insurance industry, and to lead in the future Kyobo Life will aim to be the best.

Quoting a poem, Shin said the small traces that we make will become a guidepost for the future.

“We have to throw away wrong sales culture or past practices and fill the void with principles and actions that contribute to the development of the future,” Shin added.