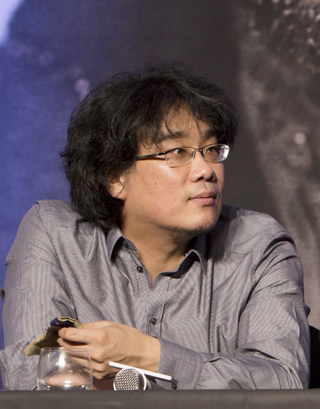 Moviegoers in the United States and much of the English-speaking world might get to experience a rather different version of Bong Joon-ho’s latest blockbuster, “Snowpiercer.” The film’s U.S. distributor, the Weinstein Company, reportedly wants cuts and changes made to help its release abroad.

However, the film’s local producer, CJ E&M, is denying widespread reports that Harvey Weinstein is making the cuts himself.

“Harvey Weinstein could have done the editing himself, but he asked Bong’s opinion first and requested him to work on it for English-speaking audiences,” said Lee Chang-hyun, a manager on CJ E&M’s movie team, adding that Bong agreed to the suggestion.

Bong is currently working on the new edit, and once he is finished the U.S. release date can be discussed.

“Generally speaking, movies are released first in the U.S. to see the audiences’ responses, as it is the largest market,” said Lee. “However, that does not mean that the movie will be first introduced there.”

Originally written about at popular movie Web site Twitch, influential film critic Tony Rayns reportedly said that Weinstein wanted 20 minutes cut from “Snowpiercer,” as well as voice-over narration added to its opening and closing. The reason, Rayns claimed, was so the movie could be “understood by audiences in Iowa .?.?. and Oklahoma.”

However, the local producer denied such rumors and said the editing is just to “help” audiences to understand the overall flow.

“Because most of the movie’s dialogue is in English, Korean audiences were to read the translated captions to understand the story,” said Lee.

“However, several long stretches of dialogue might be tougher for American audiences, so the U.S. studio decided audiences need a break to help them digest the details.”

The CJ E&M official stressed that Internet reports are all based on hearsay and that nothing will be clear until Bong’s new edit is finished.

After eight days, “Snowpiercer” has pulled in 4.5 million admissions and made 32.2 billion won ($28.9 million), according to data from the Korean Film Council.