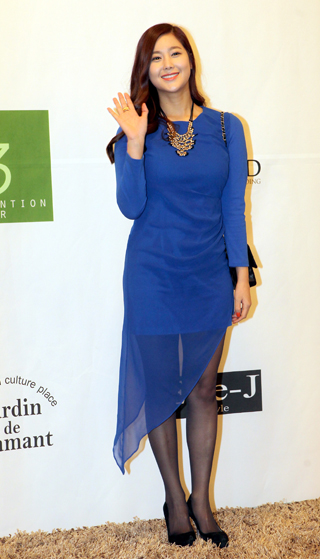 Singer Solbi has been cast as the lead character on cable channel tvN’s drama “Fantasy Tower,” according to local media reports.
In the drama, which starts Wednesday, she will play a reporter named Jeong Eun-seong at a local magazine. The story will further develop as she meets a man named Yongwan, who can see into the future. Her male counterpart will be played by actor Song Jae-rim of the MBC drama “The Moon That Embraces the Sun.”
It has been said that she has already shown some excellent acting skills.
“She showed off a totally different image that burst out all of her emotion from what she had shown before,” said production team of the drama, according to the reports.