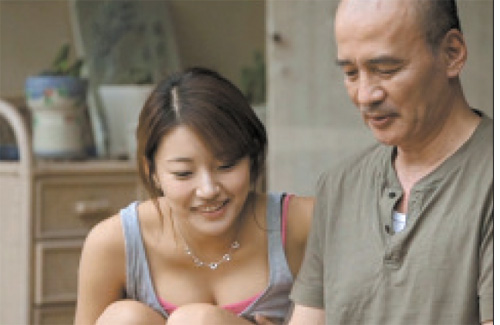 Ji-hoon (Cha Rye-hyeong) goes to the countryside to care for his ailing grandfather (Lee Bong-gyu), believing that doing so will earn him a fat inheritance. But strange things are happening. His grandfather is not only getting healthier, but he is also becoming younger. What’s worse, the revitalized grandfather and grandson are now vying for the affection of the same woman (Han Eun-bi).

Jacob (Zak Kilberg) suffers from a skin condition that prevents him from being exposed to sunlight. While working as a security guard, he meets and falls in love with Mary (Maya Parish), a bartender and drug addict. Unfortunately for Jacob, though, his health continues to deteriorate and he finds himself suddenly craving blood. His thirst, combined with his inability to go out during the day, makes Jacob wonder whether he could be a vampire.

Ward Jansen (Matthew McConaughey), a Miami newspaper reporter, comes back to his hometown with a colleague to investigate a murder. Ward hires his brother, Jack (Zac Efron), recently expelled from college, to act as their driver. They go about trying to prove that Hillary Van Wetter (John Cusack) did not kill the town sheriff. Complicating matters is a load of family drama involving the Jansen brothers’ father and his new, much younger girlfriend, and the fact that Jack has fallen in love with a woman (Nicole Kidman) who only has eyes for the convicted murderer Ward is trying to exonerate.

The Korea-Hollywood collaboration directed by homegrown director Bong Joon-ho has been well-publicized. The plot revolves around a train that carries the last surviving members of humanity, circling the barren world endlessly after a man-made disaster caused the Earth to freeze. The train is divided into a rigid caste system, with the rich living a life of luxury in the front, and the poor barely living at all in the back. At last, after 17 years of misery, the poor people in the back carriages are ready to rise up and overthrow the harsh system.

The revolt is led by Curtis (Chris Evans), who wants to meet the train’s enigmatic leader, Wilford (Ed Harris), but is blocked by forces led by Mason (Tilda Swinton). To reach the front of the train, Curtis recruits the help of a convict and the train’s former security specialist, Namgoong Minsoo (Song Kang-ho). As Curtis, Namgoong and his daughter (Go Ah-sung) make the trek to the front, they are met with opposition and many lives are lost in the name of justice. Based on the French graphic novel “Le Transperceneige,” the film offers strong commentary on today’s class divides alongside first-rate action sequences. 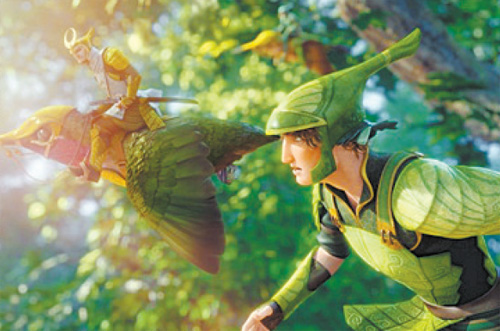 Mary Katherine (Amanda Seyfried) goes to live with her eccentric father, Professor Bomba (Jason Sudeikis), after the death of her mother. Bomba’s obsession with finding a civilization of tiny humans in the nearby forest drives Mary Katherine to try and run away. However, she meets Tara, queen of the forest (Beyonce), and finds herself shrunken down amongst the tiny people her father is looking for. Mary Katherine must safely deliver a pod containing the new queen of the forest. With the help of two warriors (Colin Farrell and Josh Hutcherson), a slug (Aziz Ansari) and a snail (Chris O’Dowd), Mary Katherine must try and save the world from the evil Mandrake (Christoph Waltz).

We knew this day was coming: Robots versus aliens. Or sea monsters, at any rate. Anyhow, in Pacific Rim, they are called kaiju, and they attack our world just like alien invaders. Despite our lack of knowledge about what exactly they are, where they’re from or what their motivations might be, these kaiju are attacking us. To defend the planet, humanity builds giant metal robots, called “jaegers,” controlled by two pilots, who are combined into one conscience.

Raleigh Beckett (Charlie Hunnam), one of the best jaeger pilots who has gone into hiding after losing his copilot and brother, is given the chance to resume his duties, with the help of a female copilot with a past, Mako Mori (Rinko Kikuchi). Along with other pilots from far and wide, they are sent on a mission to wipe out the kaiju one last time

The plot is not the film’s forte; but it’s plain to see that action was what director Guillermo del Toro was concerned about. Action and monster depiction: Those kaiju are scary. It is an awesome 3-D feature, but many aspects of the characters’ ties to one another remain untapped amidst the chaos of people and cities being swiped out - unfortunately, without more humanity, the losses seem all the more trivial. 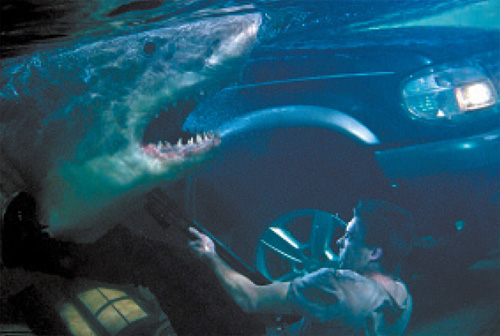 A tsunami hits Queensland, Australia, trapping a group of people inside a supermarket. Now, the store employees, customers and some armed robbers have to figure out a way to survive. Unfortunately for the survivors, the tsunami trapped an enormous great white shark in the store with them. Now the people must try and avoid getting eaten while having to deal with other dangers as well as their clashing personalities.

One day, Peter (Christopher Walken), the paternalistic cellist and the founder of the group, is diagnosed with Parkinson’s disease. In contrast to Peter’s calmness in the face of impending death, the quartet members are thrown into confusion. The members had previously set aside their differences in favor of their contributions to a collaborative endeavor. But now they struggle to come to terms with their identities and what the future holds for their relationships and their careers as musicians. The setting of New York City’s blistering winter, a favorite for many romance films, is appropriate for the film’s examinations of the four members of the quartet as individuals. Although the visuals are stunning, however, the film’s greatest strength is its richness in music.

This movie is a 3-D computer animated sports comedy film that offers a break from the sweltering summer with spectacular racing scenes. The movie tells the story of a snail named Theo who longs to be a racer at the Indianapolis 500. But Theo (voiced by Ryan Reynolds) is just a garden snail who lives a drudgery-filled life, collecting and sorting varieties of tomatoes with his fellow gastropods. All that changes one night, though, when Theo get stuck in the tank of a sports car, where he gets mixed up with all sorts of chemicals and electricity. But after the mishap, Theo finds he has incredible, flash-like speed.