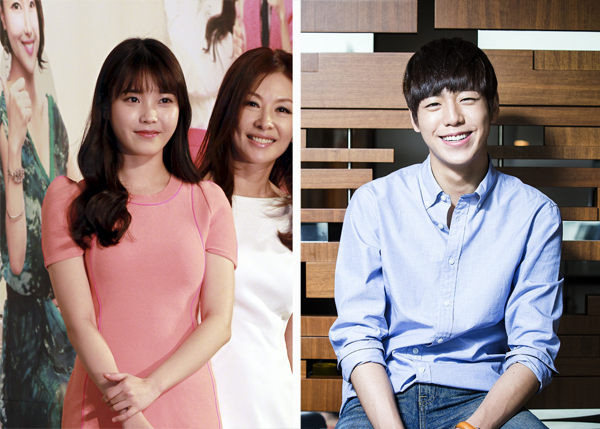 Singer IU and actor Lee Hyun-woo, of the KBS drama “Master of Study,” were seen together at a movie theater in Sinsa-dong, southern Seoul, late at night on Thursday.

And this being the smartphone age, photos of the two celebrities were posted to an online bulletin board, where they quickly spread.

Of course, questions soon swirled over whether IU and Lee are in a romantic relationship.

However, their management agencies denied such speculation yesterday.

“It is true that they watched a movie together on Thursday,” said Lee’s agency, according to local media reports. “But that doesn’t mean that they are going out.”

The agency added that the two became close after working together cohost ing the music program “Popular Song” on SBS last year. It said the two were aware of photos being taken when they went into the theater together.

An official related to IU’s agency also confirmed that the two are good friends, claiming other employees of the agency accompanied them to the theater.