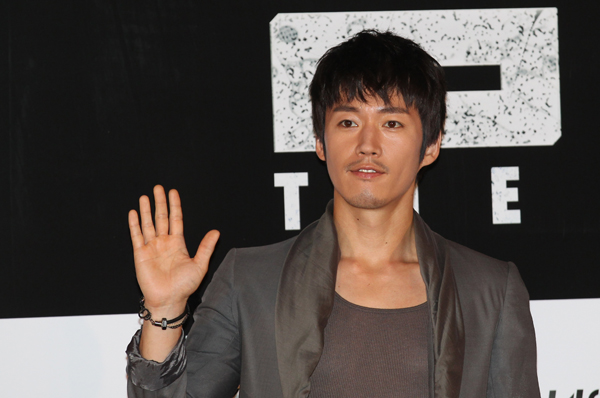 Actor Jang Hyuk, who starred in the drama “Iris 2,” said his stomach was in knots when he first encountered his wife, as he revealed how he met his wife and got married in an in-depth discussion on the MBC talk show “Knee Drop Guru” yesterday.

Jang said he first met his wife about a decade ago when he was leaving his gym after working out with a fellow actor.

“I was walking down the stairs while she was coming up and I had a weird feeling,” said Jang.

She was a professional dancer and was also teaching classes at the gym Jang belonged to at the time.

“So I went to a jazz dance class comprised of 40 women,” recalled Jang.

However, Jang said taking the class did not help him get to know the instructor. So he asked the director of the movie he was working on at the time, “Please Teach Me English,” to include a dancing scene.

When the director said okay, that gave Jang an excuse to talk with his jazz dance teacher, asking her to recommend a tap dance instructor for the film.

“After I made that request, we naturally developed our relationship and started dating,” he recalled.