Internet entrepreneur is serious about comics

Internet entrepreneur is serious about comics 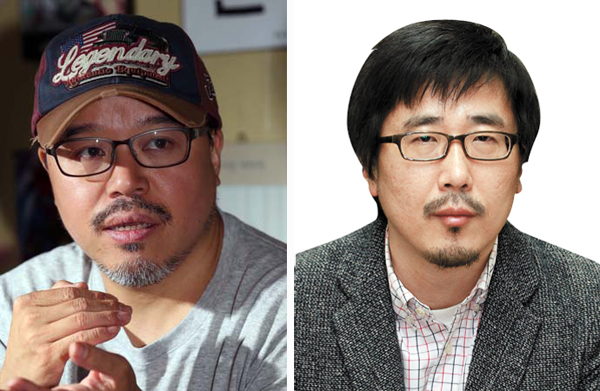 Hundreds of new comics pour out each week through Internet portal sites and foreign comic books are constantly being translated in Korea. Despite the popularity of comics in Korea, there are no proper sites or publications that provide information about comic book writers or run reviews.

Yoon Tae-ho, 44, a comic book writer who has recently become immensely popular with “Ikki,” or moss, and “Misaeng,” or incomplete life, launched a Webzine specializing in comic books called A-Comics at acomics.co.kr earlier this month.

Believing in the importance of comic-specialty media, he could no longer postpone his plan to launch a Web site after seeing so much enthusiasm for his work. “Misaeng,” a Webtoon published on the Daum portal site, has more than 400 million views and it has spawned comic books with similar content. Soon it will be made into a TV drama.

For over a year, he met with people from different fields to ask for help and Wisdom House, a local publisher, has given a hand. Pop culture critic and former movie magazine reporter Kim Bong-seok, 46, also is involved.

The “A” in A-Comics stands for “all.” It means the Webzine deals with cartoons ranging from Webtoons to mobile cartoons, regardless of origin. The Webzine runs reviews and interviews with cartoonists. The daily “best 10” section recommends newly uploaded Webtoons.

In the “paused screen inside paused screen” section, the site introduces real-life places or hot spots appearing in cartoons and it also recommends music that suits particular comics.

Reflecting on the recent trend of movies and dramas adopting hit cartoon plots, the site has also created a section that extracts some scenes from a comic book and transforms them into a film or drama.

The Webzine also introduces impressive lines in a comic book or those books not yet available in Korea.

“For a specific cultural genre to prosper, it is important for writers to come up with a good work, but at the same time a medium that bridges creators and consumers is very crucial,” said Yoon. “I hope A-Comics revitalizes the Korean comic book scene.”