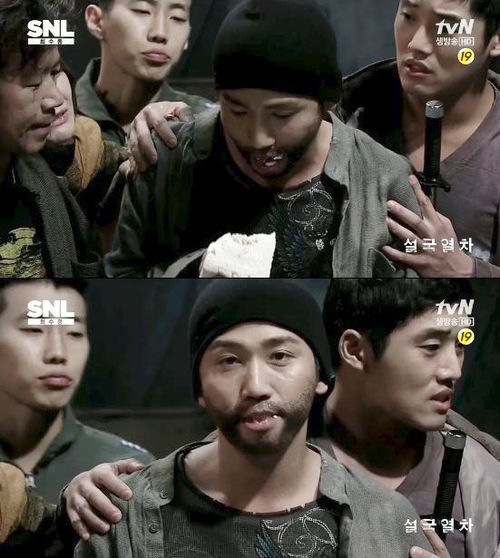 Yoo Se-yoon made a small screen comeback with self-deprecating humor, mocking a DUI incident that had kept the 32-year-old comedian off the radar since early June.

He appeared on the latest edition of “SNL Korea,” the weekly sketch comedy show on tvN modeled after “Saturday Night Live” in the United States. In one gig on the show, Yoo asked whether he is at a police station, alluding to his own experience three months ago.

He drove his car under the influence one night in May, which he revealed as he turned himself in to the police voluntarily, raising the eyebrows of many people wondering about his motive. He said later that he was overcome by work-related stress and committed the DUI.

After the incident, he stepped down from all of the TV shows he was taking part in, including the MBC talk shows “Knee Drop Guru” and “Radio Star,” as well as “SNL Korea.”

Last week, media reports surfaced that the versatile comedian would come back as a singer. A member of the male duo UV, which had a hit with a low-budget music video, “Itaewon Freedom,” Yoo plans to release a new EP of UV on Friday.