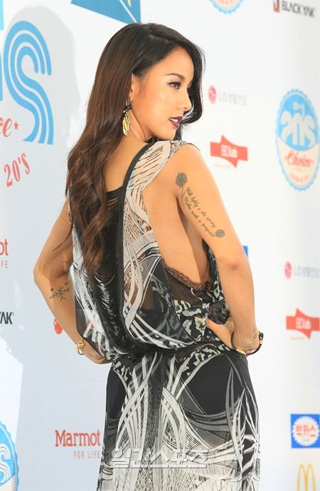 Singer Lee Hyo-ri, who has said that she won’t have a wedding ceremony with invited guests, has purchased a wedding dress to wear when she takes a bow in front of her family only, according to Ilgan Sports, an affiliate of the Korea JoongAng Daily yesterday.

Contrary to a trend among celebrities who get their wedding dress sponsored as a promotional item from the dressmakers, Lee bought her own dress after consulting with her friends.

“After Lee announced her plan to get married with composer Lee Sang-soon, she has been preparing things she needs by herself and said from the beginning that she wouldn’t get any sponsored items,” said a wedding industry official, according to the report.

Because she didn’t want a fancy wedding, her dress is not a luxurious gown, although it is imported.

“The name of the dressmaker or the price has not been released, but as far as we know, it is not a high-priced luxurious gown,” said another official in the industry.

The sexy icon is said to have a meal together with her family to rehearse for a wedding ceremony sometime in September in Jeju.