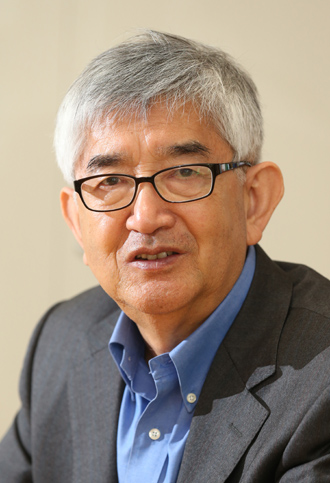 A key mentor and policy maker for Ahn Cheol-soo’s think tank has left the lawmaker’s side recently, delivering a blow to Ahn’s plans to create a new political party.

Choi Jang-jip, a renowned politics professor at Korea University, tendered his resignation as chairman of Ahn’s think tank, Naeil (meaning tomorrow), just three months after he joined the organization in May.

“As a politics scholar, I thought my role would be restricted to suggesting theories or policy-making for the think tank,” Choi said on Sunday in an interview with local newspaper Kyunghyang Shinmun. “But in fact, it extended to political activities.

When asked about Ahn’s response to his decision, Choi said, “He asked me to keep offering him theoretical advice, and I am willing to do that.”

Choi said he made the decision “recently” and that there was no particular incident that drove the move.

When asked whether he believed his resignation would have repercussions on Ahn’s political career, Choi said, “This kind of thing frequently happens in the political arena. I don’t think it’s a big deal.”

With his best-selling book, “Democracy after Democratization,” the 70-year-old professor has been respected as a renowned leftist who represents the worker in a capitalist society, calling for a healthy democracy in the country.

In Ahn’s circle, he was regarded as an icon of the progressive characteristics Ahn aimed for with his political ideology, as well as a draw for liberal voters.

When he announced he was joining Ahn, he told media that he was “moved by Ahn’s passion” to recruit him and saw Ahn as “a growing politician.”

In May, however, the two butted heads while trying to establish the new party’s ideology. Choi formally said it would be “a progressive party focusing on the interests of workers.”

But Ahn, who has been aiming for a more centrist-liberal stance, quickly rebutted the claim, saying, “My party will be progressive, but not just for workers.”

According to the Kyunghyang newspaper, Choi reportedly told his aides that Ahn “is too conscious of media reports and public opinion.”

He also reportedly refused most of Ahn’s requests that he give lectures around the country to rally public support.

Choi’s supporters, including his students at Korea University, have encouraged him not to join Ahn’s group, the Kyunghyang said.

Perplexed by his resignation, Ahn explained that the move doesn’t mean Choi will permanently turn his back on him.

“I heard his decision on Saturday from him,” Ahn told reporters yesterday.

Ahn said he met with Choi on Saturday and tried to dissuade him from leaving. But Choi refused.

Ahn also claimed that whenever Choi made comments on politics, his remarks were misinterpreted as being for political purposes.

“The comments he made since he took the job with the think tank have been made without any political purposes or interests,” Ahn said. “He didn’t make comments from any particular perspective about me or people around me, but from his conscience as a scholar.”