Bringing classical music to everyone

Bringing classical music to everyone 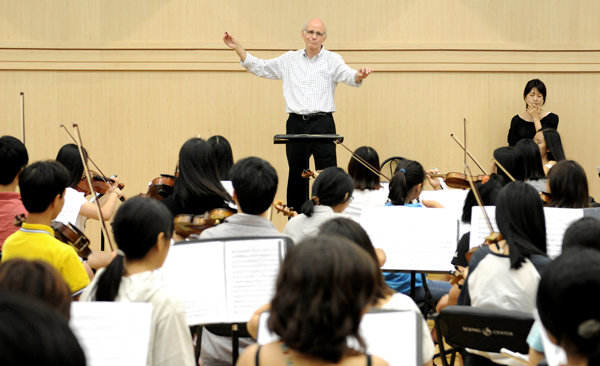 Orchestral music is considered by many people to be high culture, a refuge for the rich. Venezuela’s El Sistema system, however, believes in community-based classical music, creating local orchestras designed for everyone.

On Sunday, the embassies of Venezuela, Uruguay and Mexico, together with the Sejong Center for Performing Arts, will jointly host a performance of the Sejong Dream Tree Harmony Orchestra, the Korean version of El Sistema. The free event is the culmination of a 10-day intensive music camp held in Seoul.

More than just music education, El Sistema aims to help the general development of young people, improving their communication skills and hope for the future.

In addition, the concert will be led by Mark Churchill, director of El Sistema USA and honorary professor of the New England Conservatory.

The El Sistema orchestra first performed in Korea in 2008, with a second concert in 2010 featuring famed conductor Gustavo Dudamel.

The Sejong Center began the Dream Tree Harmony Orchestra in September 2010 to contribute to the development of music education of young people from modest backgrounds.

The concert repertoire includes a selection of Latin-American chamber music, as well as well-known pieces by composers like J. Brahms and A. Dvorak.