After failure of last model, Blackberry may put itself up for sale

After failure of last model, Blackberry may put itself up for sale 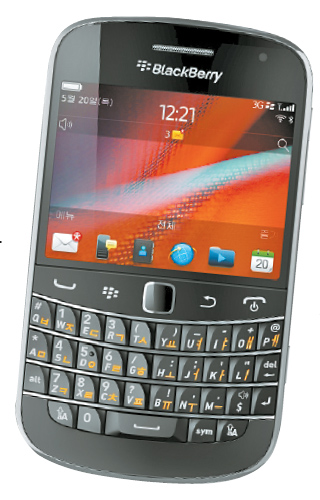 BlackBerry, the struggling Canadian smartphone maker, is considering putting itself up for sale after the lackluster debut of the BlackBerry 10 lineup dimmed its prospects as an independent company.

A special board committee will consider ways to enhance BlackBerry’s value and scale, including joint ventures, partnerships or a sale of the company, according to a statement today. JPMorgan Chase and Co. will serve as its financial adviser. BlackBerry shares gained 10 percent in New York trading.

The announcement builds on a move last year when BlackBerry hired JPMorgan and RBC Capital Markets to advise the company on strategic alternatives. At the time, Chief Executive Officer Thorsten Heins said a sale wasn’t the “main direction” he was considering. The company’s outlook has worsened since then, with the revamped BlackBerry 10 - the linchpin of a turnaround strategy - meeting scant demand.

“What BlackBerry is doing is the appropriate course of action,” said Charlie Wolf, an analyst with Needham and Co. in New York, who has the equivalent of a sell rating on the stock. The likelihood of a sale is at least 50 percent, he said. “The other options - much less likely.”

Heins will join fellow board members Timothy Dattels, Barbara Stymiest, Richard Lynch and Bert Nordberg on the new committee. Fairfax Financial CEO Prem Watsa, whose firm is BlackBerry’s largest shareholder, will step down from the board to avoid conflicts that might arise from the discussions.

“Given the importance and strength of our technology, and the evolving industry and competitive landscape, we believe that now is the right time to explore strategic alternatives,” Dattels, a TPG Capital executive who will serve as the committee’s chairman, said in the statement.

BlackBerry shares rose to $10.78 at the close in New York, marking the biggest one-day gain since March.

The company’s days as a publicly held business may be numbered, said BlackBerry investor Brian Huen.

“I think they’re going to try to sell the company or take it private,” said Huen, a managing partner with Red Sky Capital Management Ltd. in Toronto. His firm manages C$220 million ($213 million) in assets, including shares of BlackBerry.

The stock surge followed a 5.7 percent rise on Aug. 9, the previous trading day, when Reuters reported that the company was considering going private.

Heins and the board are coming around to the idea that going private would give them the leeway to fix problems out of the public view, Reuters reported, citing unidentified sources. Prior to Aug. 9, the stock had tumbled 22 percent this year.

Canada Pension Plan Investment Board CEO Mark Wiseman said last week he would consider an investment in BlackBerry if the smartphone maker decided to go private.

“It’s safe to say that any large deal in Canada or elsewhere is something that we would make sure we took a hard look at,” Wiseman said in an interview. “You could say that about that asset.”

Linda Sims, a spokeswoman for Canada Pension, which held 4.6 million BlackBerry shares at the end of March, declined to comment further.

The talks were preliminary and the two sides weren’t able to agree on a potential valuation, the person said. Silver Lake, based in Menlo Park, California, has had no meetings with BlackBerry in the past year, a person with knowledge of the discussions said last week.

Watsa’s decision to resign from the board indicates that the Toronto-based businessman may be involved in some local attempt to rescue the company, Red Sky’s Huen said. Such a move would face less scrutiny than a foreign bid. The Canadian government automatically reviews all foreign takeovers of companies with asset values of more than C$344 million to determine whether the transactions are a “net benefit” to the country.

“There’s a desire with folks like Prem Watsa and CPP to get involved and keep the thing together,” Huen said. “It’s a bit of a Canadian champion from a technology standpoint and there’s going to be a desire to keep it together.”

Speculation about possible foreign bidders has focused on Lenovo Group Ltd., the Chinese maker of personal computers, which is looking to expand its mobile-devices business. Lenovo Chief Financial Officer Wong Wai Ming told Bloomberg News in January that his company was looking at “all opportunities,” including BlackBerry. Brion Tingler, a Lenovo spokesman, said the company has no comment.

Needham’s Wolf said he’s skeptical that a strategic acquirer will emerge from within the technology industry. Potential buyers have had plenty of time to make a move, and the diminished prospects of the new Z10 and Q10 phones only makes a deal less likely, he said.

Microsoft Corp., BlackBerry’s rival in the smartphone-software market, isn’t a probable buyer because of its partnership with mobile-phone maker Nokia Oyj, Wolf said.

If there was some indication BlackBerry’s new phones were gaining traction, “a buyer out of the PC or smartphone industry might emerge,” he said. “But you got to believe that’s not the case as yet.”

BlackBerry fired 5,000 workers last year as part of a plan to eliminate $1 billion in operating costs. Analysts had expected the cutbacks to help the company post a profit last quarter. Instead, BlackBerry lost $84 million, dragged down by the sluggish sales of the BlackBerry Z10. The new touch-screen phone, introduced at a lavish event in New York in January, missed estimates by almost a million units last quarter. The company is projecting another loss for the current period.

“It could be a buyer from the industry but it’s more likely to be one from outside and it would seem that the valuable assets are the patents and the NOC,” said Wolf, referring to the secure network operating center, which the company operates.

Last month, Heins reiterated that the company was seeking partners to expand the footprint of its BlackBerry 10 operating system and help with its turnaround. After pioneering the smartphone market, the company has struggled to compete with Apple and Samsung Electronics in recent years, dragging its market share down below 3 percent.

“We will do our homework and assess what we think is best for the company and then we will have discussions and they will either yield partnerships, alliances or not,” Heins told shareholders in July at BlackBerry’s annual meeting in Waterloo.

While BlackBerry has a good lineup of products, its latest smartphones were released too late to compete with the iPhone and devices running Google’s Android operating system, said Needham’s Wolf. That’s turned its recovery plan into an uphill battle, he said.