Korea ‘lucky’ to have strong, large diaspora to draw upon

Korea ‘lucky’ to have strong, large diaspora to draw upon 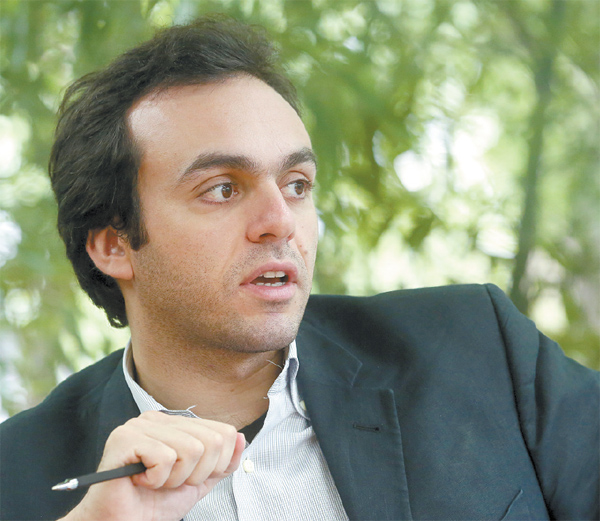 This year marks 110 years since the first batch of Koreans immigrated overseas. These immigrants first left Korea to escape poverty (and later colonization by Japan), and to pursue dreams and education. Some 7.26 million Koreans - about 10 percent of the Korean Peninsula’s entire current population - have since immigrated to more than 160 countries around the world. And these immigrant Koreans - whether in the United States, China, Russia, or elsewhere - do not forget their Korean roots, perhaps a sign of strong national identity. Yet a fair number of these overseas Koreans who have witnessed Korea’s development are also starting to return to their home country.

Whether the large overseas population is a blessing or a burden to the country is debated, but Greek-born Harris Mylonas, a political science and international affairs professor at George Washington University in Washington, D.C., described Korea as “lucky” to have such a large diaspora.

Mylonas, who recently published “The Politics of Nation-Building: Making Co-Nationals, Refugees, and Minorities,” discussed diaspora policy at a forum hosted by the Asan Institute for Policy Studies last week.

“My family has been tormented and troubled by identity and nation-building,” he told the JoongAngIlbo on Aug. 8, describing how his interest in diaspora policy stems from a background in which his paternal grandfather was Greek Orthodox that spoke both Turkish and Pontic-Greek from the Black Sea region and his paternal grandmother was half Russian half Greek who was exiled from Russia by the Bolsheviks. Both were part of the Greek diaspora. Following the collapse of the Ottoman Empire, the two met in Greek Macedonia and got married.

A. I would distinguish the policies of the Republic of Korea between the policies they have toward the people abroad and the policies for people who want to come here. The first distinction is that policies for the Koreans abroad involve primarily educational and cultural policies that aim at what I call diaspora-building: they are trying to help communities retain their “Korean-ness” or try to develop it. These policies involve both the Ministries of Foreign Affairs and Education, and organizations such as the Korea Foundation that are building or supporting financially regular and irregular schools… At this moment, the Republic of Korea has founded about 1,925 schools all over the world and 900 of these are irregular schools. These are what I call diaspora-building policies.

Beyond diaspora-building policies, another example would be the voting rights granted to Koreans abroad. These are other ways to cultivate links with your diaspora. Your diaspora involves about 7.2 million people, and of those, 2.8 million are eligible to vote, which means that they are still Korean citizens even though they live abroad, permanently or semi-permanently.


What is the difference from Korea’s overseas Korean policy with that of other countries?

Usually the general reason why countries develop a diaspora policy has to do with having a very clear definition of their national type, for example what it means being Korean, or Greek - if they don’t have a clear and uncontested definition of their nation, it is very difficult to have a diaspora policy because it is very hard to define what the diaspora would be. Most states that do not have a clear definition of the nation consider as diaspora their citizens abroad. In the Korean context, if we followed the definition of diaspora the United States is using, then Korea would only have 2.8 million people who have Korean citizenship or nationality abroad. But because Korea is ethnically defined as a nation, the Ministry of Foreign Affairs claims it has 7.2 million. There’s a big difference. But America does not have that discrepancy.


Why do we have to care about diaspora policy?

The reasons I think are hidden in the precarious security situation. The statements made by North Korea reminded us of this. This security anxiety makes the South Korean government and its people be willing to cultivate as many links abroad with their co-ethnics, also in the hope of expecting back some support in terms of foreign policy, in terms of offering their services as “ambassadors” abroad for their country. So, for example, many Korean-Americans have consistently been trying to influence the U.S. policy on these issues. Similarly, somebody can say that Koreans in Japan have been pretty influential in Japan.

The second component has to do with the fact that many of the Koreans abroad are very economically well-off and they can be important sources of investment in the Republic of Korea. In fact, Japanese-Koreans have traditionally been very important investors in this country… I know for a fact that in the 1997 financial crisis many of the investments came from the Korean diaspora in Japan.

Thirdly, even from a more cynical perspective that goes beyond just the emotional attachment and ethnic kinship, in a globalized world of competition over innovation, new ideas often come from interacting with other parts of the world. It’s fortunate for Korea to have so many people in so many parts of the world that speak so many different languages. The Republic of Korea can tap into that talent and recruit them for companies like Samsung, Hyundai or Kia.

What are the benefits of a returning diaspora, such as Korean-Chinese?

It’s also a source of migrants, highly skilled or lower skilled, that are more cost-free than other types of migrants. With foreign migrants, governments are afraid they will be hard to assimilate or integrate or fit into society. Maybe the Chinese-Koreans are seen as troublemakers by some native Koreans. But would they be more or less troublemakers than Han-Chinese? If you have the labor market sorted, you have to decide what you are going to do. Countries like South Korea or Greece--when its economy was doing well--usually experience labor shortages for menial jobs…

In your case, you’re lucky that you have people of your own kind that might fit a little easier in society and more likely to speak your own language. In that sense, you can avoid even bigger problems. Imagine if you decided to go with maximizing efficiency and you wanted to import the cheapest labor. Maybe the Korean-Chinese were not the cheapest and you decided to bring in Bangladeshis or Han Chinese, and you ended up with a million Chinese in 10 years. And, in this hypothetical scenario, they don’t want to go, they stay illegally and become a minority of sorts. And lets also imagine you have some security troubles with North Korea or China itself. And one of these countries says if you do anything, we will use these people against you, that tomorrow, you will have a million people that you can’t control that could undermine your national security. That hypothetical scenario has happened in many parts of the world.

Is there a negative perception of returning ethnic Koreans?

When people report about crimes of Koreans, they don’t say it’s Korean, they say it’s criminals. When the media reports on some person who is not Korean, it stands out. In political science, we call this selection bias… Having a biased perception of a whole group is very common. I had an interview with a Chinese-Korean… She said she feels discriminated against. She is a productive, hard-working girl, not creating any problems… it’s easy to produce stereotypes because of the way the human mind works. We need to have easy categories. But I would invite Koreans to think twice about this methodological problem of making a judgment about a whole group based on a few cases that are very visible.

What are some policies from other countries that Korea might reference?

Israel is not only a good case to study because it has a very elaborate diaspora policy but it is a state created by a diaspora… Israel’s policies vary by group - they don’t do the same thing for all communities across the world - but their policies go to the extent of flying in for free people to teach them the language, introduce them to the culture, through the birthright trip; or if someone decides to come back, they may find them a job or provide accommodation or even pay for her airfare.