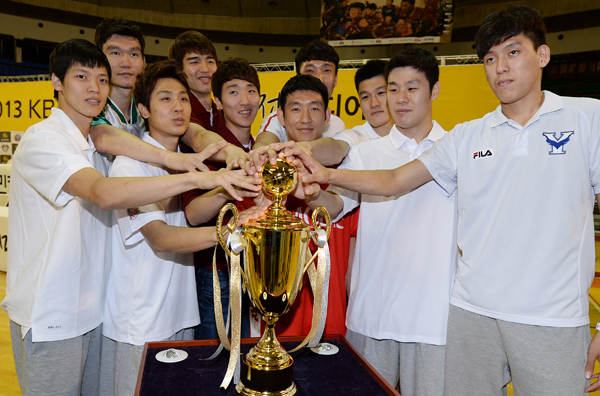 Players from 10 of the 16 teams competing in the KB Pro-Am Basketball Championship resolve to win during a media-day event at Jamsil Students’ Gymnasium, Seoul, yesterday. The pro-am event, which pits 10 Korean Basketball League teams, five college teams and the military-affiliated Sangju Sangmu team against one another, will kick off today and run through Aug. 22. Seven college teams competed in last year’s inaugural event and none of them advanced to the quarterfinals. Kyung Hee University and Korea University are considered the strongest college contenders this year. [NEWS1]