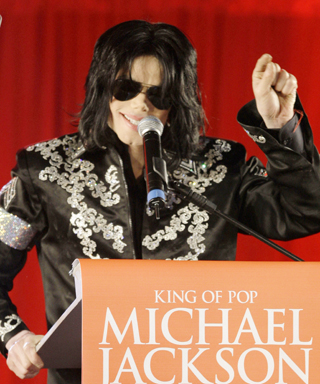 Michael Jackson in March 2009 at the London O2 arena, announcing several concerts to be held at the arena in July of that year.[AP/NEWSIS]

LOS ANGELES - Michael Jackson’s ex-wife broke into tears on Wednesday when she took the witness stand in a civil case and described the singer’s fear of pain and reliance on physicians.

Debbie Rowe said the pop star trusted doctors to prescribe pain medication to him, but they sometimes tried to outdo each other while losing sight of Jackson’s care.

“Michael had a very low pain tolerance and his fear of pain was incredible,” Rowe said. “I think the doctors took advantage of him that way.”

She said she was with Jackson when he received treatments from his longtime dermatologist Dr. Arnold Klein and from plastic surgeon Dr. Steven Hoefflin.

They would try to outdo each other, with each one prescribing different drugs while trying to persuade Jackson their recommendations were better to manage his pain, she said.

The doctors “were going back and forth the whole time, not caring about him,” Rowe told jurors.

Rowe is the mother of the singer’s two oldest children, Prince and Paris Jackson. She and the pop star were married from 1996 to 1999. Rowe also worked with Klein beginning in the late 1970s.

Rowe said she told another one of Jackson’s doctors, Allan Metzger, that she was concerned that Klein and Hoefflin were giving the singer too many medications. 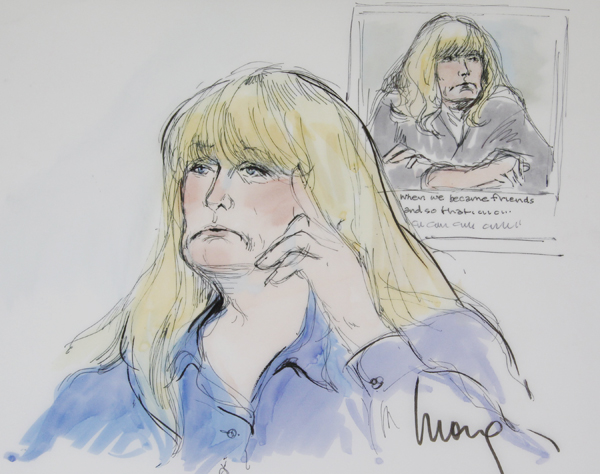 A courtroom sketch depicting the testimony of Debbie Rowe, ex-wife of singer Michael Jackson at Los Angeles Superior Court, which is hearing a lawsuit brought by the late singer’s family against concert promoter AEG Live, in Los Angeles. [REUTERS/NEWS1]

Rowe said Metzger arranged for two doctors to give Jackson the anesthetic propofol in Germany in 1997 when he complained that he couldn’t sleep during his “HIStory” tour.

On two occasions, the doctors brought medical equipment to Jackson’s hotel suite and monitored the singer while he was under the effect of the anesthetic for eight hours. The doctors warned Jackson about the dangers of using propofol, but Rowe said he disregarded the information.

“He was just more worried about not sleeping,” she said. Rowe said she would not allow the singer to get similar propofol treatments for sleep issues after the use in Germany.

Jackson died from an overdose of propofol that was administered by another physician in 2009.

Rowe also described efforts to wean Jackson off the painkiller Demerol after he had surgery in 1993 to repair damage to his scalp sustained when he was burned while filming a Pepsi commercial years earlier.

She said Metzger devised a plan to treat Jackson’s pain with different medications before he went on a leg of his “Dangerous” tour. Rowe lived with Jackson for three weeks to ensure he stayed on the regimen.

“At that point we were friends,” Rowe said. “He wasn’t a patient.”

She said Jackson knew he couldn’t take pain medications forever and needed a strong voice to get him off the drugs. “I’m probably one of the only people who said no to him,” Rowe said.

Rowe said the plan to break Jackson’s use of Demerol failed when a doctor who accompanied the singer on tour gave him the drug while overseas.

A phone message left at Klein’s office was not immediately returned. An e-mail sent to Hoefflin’s former practice was returned, stating the plastic surgeon retired five years ago and no longer practiced medicine.

Rowe said Jackson respected doctors immensely because they went to school and vowed to do no harm to patients.

Katherine Jackson claims in her lawsuit that AEG Live failed to properly investigate the doctor later convicted of giving her son an overdose of propofol while he prepared for a series of comeback shows in 2009.

AEG denies it hired Conrad Murray or bears any responsibility for the singer’s death.