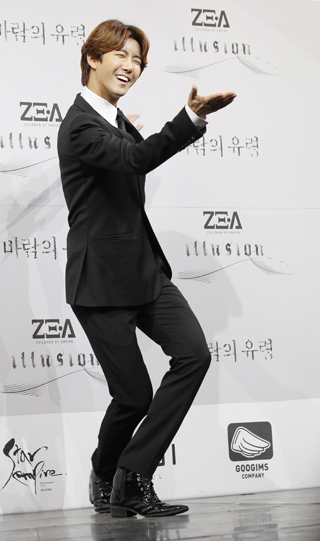 Kwanghee of boy group ZE:A, also known as Children of Empire, has shown jealousy over the success of his friend, the actor Lee Jong-suk of recently-completed SBS drama “I Hear Your Voice.”

“I didn’t know he would become so successful,” said Kwanghee on SBS radio on Wednesday.

Because the two seem to have distinctly different personalities, with Kwanghee being more cheerful while Lee appears rather quiet, Kwanghee then added that many doubt if the two are really close.

In fact, the two were friends before they made their separate debuts in the entertainment industry. Both had been planning to become performers ever since they were young.