Hotels fill with tourists from Seoul this summer

Hotels fill with tourists from Seoul this summer 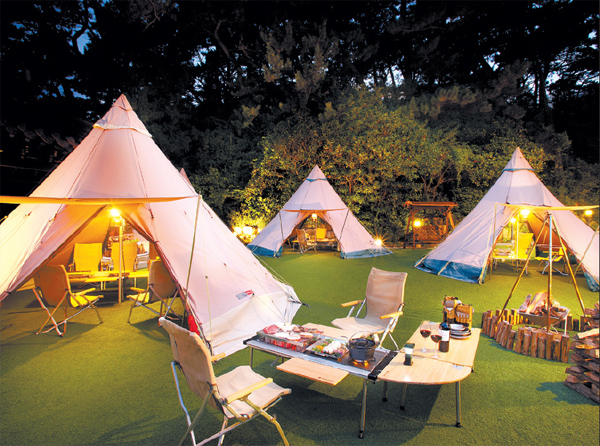 Due to the fickle weather hovering between heavy rains and a scorching heat wave this summer, hotels in the city are in demand.

People have opted out of going on outdoor vacations and have turned to hotels’ summer vacation packages.

They say local customers are taking the place of Japanese tourists, who have declined due to the weak yen.

Last weekend, when temperatures were 33 degrees Celsius (91 Fahrenheit) and higher and heavy rains with thunderstorms were unrelenting, more than 98 percent rooms at the Westin Chosun Hotel in Sogong-dong, central Seoul, were booked. Except for first-class suites, it was a full house.

“Although the number of Japanese tourists has fallen 30 percent, the number of local customers using package services has increased three times,” said Lee Dong-hyun, marketing director at the Westin Chosun Hotel. “It is a trend that families are using hotel packages that include exhibitions and performances to enjoy their vacations in the city.”

Travel industry sources say many people would rather enjoy a break in the city than overseas during the peak season and more choose to travel abroad during the off-season when the prices of flights go down.

Lotte Hotel, which was directly hit by the weak yen, is also benefiting from the local customers.

Lotte Hotel was the most popular location for Japanese tourists, who accounted for 70 percent of its foreign customers, and the booking rate of average rooms reached 90 percent last summer. However, as the yen continued to weaken, the number of Japanese tourists dropped.

Under such circumstances, Lotte turned its attention to domestic package products, going from two packages last year to six and diversifying concepts that include parties and women-only products.

“Sales of domestic package products shot up 70 percent. The prolonged rainy season was also a factor in the popularity of package services as people can enjoy leisure without having to go outside the hotel because the department store and movie theater are connected,” said Lee Jeong-joo, marketing director at Lotte Hotel.

Domestic summer package customers also have increased by 60 percent at the Ritz-Carlton Hotel in Yeoksam-dong, southern Seoul, this summer, compared with last year.

Industry sources also cited families with infants, who find it difficult to travel long distances, as a reason for the increase in local hotel use.

JW Marriott Seoul has a youth pool, where infants regardless of age are allowed to enter when accompanied by adults.

Prior to the summer vacation season, the hotel conducted a major pool renovation using eco-friendly materials and installing buffer material on the floors.

Packages including tickets to Cirque du Soleil, which is performed at nearby Olympic Park, have also contributed to the sales increase, the hotel said.